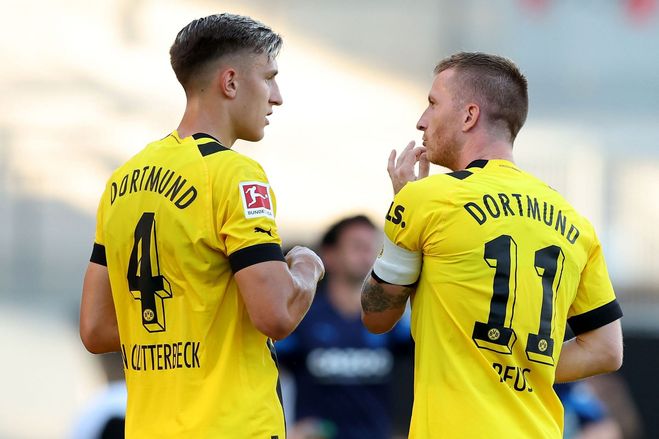 The team plays in the third league. Last season, the team scored 61 points and could not get into the playoffs to fight for a ticket to the second division.

1860 Munich started their cup campaign last season with a penalty shootout victory over Darmstadt in the first round before beating Schalke (1-0) in the next round.

They were, however, knocked out in the last 16 after a (0-1) home defeat to Karlsruher.

It was very difficult for the club during the off-season. The club lost to Borussia Gladbach (0:6) and Newcastle (0:3).

Borussia Dortmund finished last season with two victories. In the Bundesliga, the team coped with Greuther Furth (3:1) and Hertha (2:1).

Borussia Dortmund went the same distance as their weekend hosts in the domestic cup last season, beating Wehen Wiesbaden and Ingolstadt in the first two rounds before falling to a shock (2-1) defeat at the hands of St. Pauli in the round of 16.

Borussia dotmund are five-time DFB-Pokal winners, having last claimed the title in the 2020-21 season after beating RB Leipzig 4-1 in the final.

The club from Germany became the second in the Bundesliga and reached the 1/16 finals of the Europa League.

1860 Munich missed a lot in the opening match. It was also very difficult for the team against Borussia Monchengladbach and Newcastle.

Borussia Dortmund will try their best to win this match. Our forecast is the victory of Borussia with a handicap of -2 for 1.72.