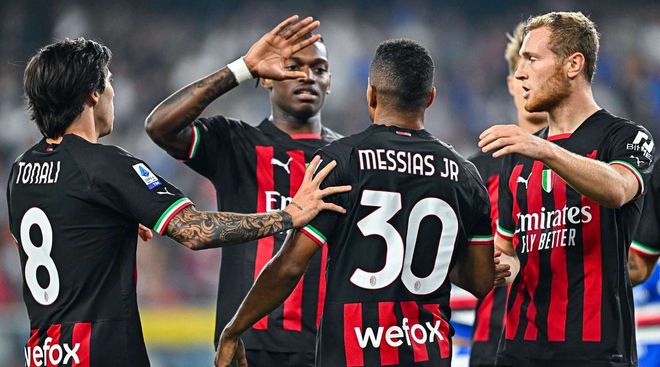 On September 14, in the match of the 2nd round of the Champions League group stage, Milan will host Dinamo Zagreb at the San Siro stadium. Starting at 16:45 GMT.

Milan’s latest attempt to win the UEFA Champions League (UCL) and become Italian champions for the first time since 1994 ended in a disappointing (1-1) draw at Salzburg.

Coach Stefano Pioli described the performance as positive but identified shortcomings as Milan had only one clean sheet in their last nine Champions League matches.

Following this weekend’s victory over Sampdoria, they enter this clash unbeaten in 12 games overall and are now expected to end their nine-year wait at home in the Champions League with six straight victories at their stadium.

This includes four clean sheets, and in the other two games in the series, Milan fought back, conceding first. While Dinamo Zagreb looked great immediately after the group stage draw, their (1-0) win against Chelsea, which led to the sacking of manager Thomas Tuchel, reduced the chances of them finally qualifying from the group Champions League after seven failed attempts since their group stage debut in 1998/99.

In addition, it was this campaign that gave Dynamo their only away victory in the Champions League group to date, but otherwise the club’s results at this stage are terrible.

This includes 14 times they were beaten by two or more goals, apparently pushing the team to increase their record 100% defeat rate against AC Milan.

Dinamo’s Mislav Oršić was the hero of the match against Chelsea in the clash, and after the player also scored the winning goal against HNK Gorica, four of his last five goals opened the scoring. This is a great statistic for a player.

Milan have a great record against Dinamo Zagreb and have won both matches played between the two teams.

Dinamo Zagreb have never beaten Milan and will try to make history this week.

The previous meeting between the two teams took place in 2000 and ended in a (3-0) victory in favor of Milan.

Milan have an impressive line-up at their disposal and will want to repeat their domestic success on the European stage.

Dinamo Zagreb are quite capable of upsetting their day and will want to stun another European giant this week. Still, the Italian club is the favorite of the match.

Prediction for this match: AC Milan to score in both halves.