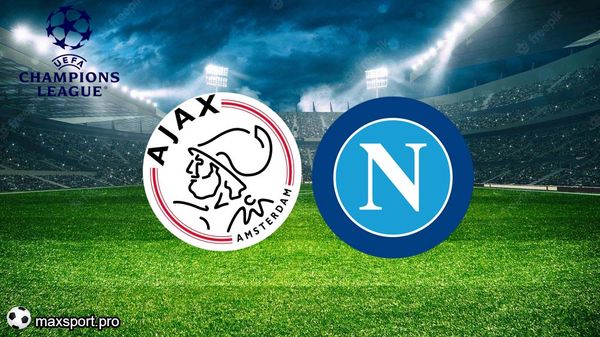 Italian Napoli defeated the Amsterdam Ajax in the match of the 2nd round of the group stage of the UEFA Champions League with a score of 6:1. The meeting was held in Amsterdam at the stadium Johan Cruyff Arena.

The hosts opened the scoring in the 9th minute. Bergwijn broke into the Napoli penalty area from the left and shot to the right, the ball ricocheted from the defender’s foot to Taylor, who sharply shot down the center of the goal, hit Kudus exactly, and the ball then flew into the near corner.

At the 18th minute, the guests bounced back. Oliver entered the penalty area on the left and hung along the goalkeeper’s line. Giacomo Raspadori, who headed him into the net.

In the 33rd minute, after a corner kick on the right flank, Khvicha Kvaratskhelia crossed to the far post, and Giovanni Di Lorenzo scored the ball.

In the 45th minute, Zambo Angissa, in a quick counterattack, made a pass through the center to Piotr Zielinski, who went to the penalty line and shot into the right corner of the Ajax goal.

At the 47th minute the score became large. Zambo Anguissa intercepted the ball in the corner of the Ajax box after an inaccurate pass from Pasver and made a pass to Raspadori, who shot right under the near post from an average distance.

In the 63rd minute, Khvicha Kvaratskhelia beat Raspadori at the entrance to the penalty area, finding himself in its left side one on one with Pasver, and skillfully shot past the goalkeeper into the goal.

In the 81st minute, the defense of Ajax failed in the center, N’Dombele performed a soft canopy on the move by Giovanni Simeone, who burst into the penalty area and hit the touch under the crossbar, ahead of Pasver.

Napoli are top of Group A with nine points after three meetings. Ajax are third with three points.

The teams will also face each other in the next game of the tournament. The match will take place in Naples at the Diego Armande Maradona stadium on Wednesday, October 12.