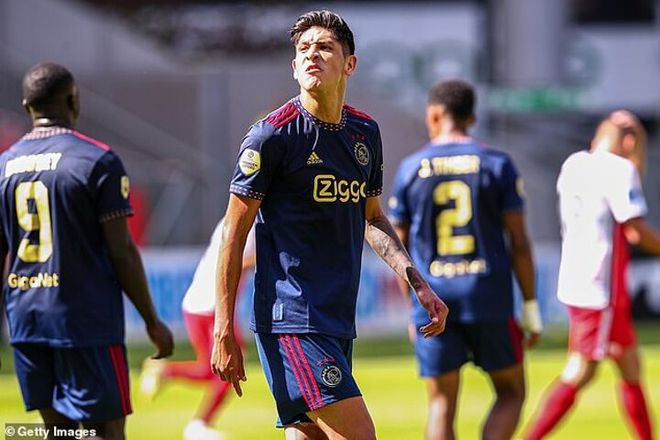 Ajax will play Cambuur at the Johan Cruyff Arena on Saturday in the Eredivisie as part of Matchday 5. Match scheduled for 14:30 GMT.

Ajax enter this game after a (2-0) win over Henk Fraser’s Utrecht in their last league game.

After 4 rounds in the championship, the club is in second place with 12 points. The goal difference is shared from the first place.

Cambuur, on the other hand, lost (0-1) to AZ Alkmaar in their last league game.

The club is in the 10th position in the Dutch championship with 4 points, with a (4-4) goal difference.

In nine face-to-face meetings between the two teams, Ajax has a clear advantage. They won seven games, lost one and drew.

The last time the two clubs faced each other was earlier this year, when Ajax beat Cambuur 3-2.

Ajax will be pleased with the amount of money they have received from the sale of players this summer. Ajax clearly decided to start a new era under a new manager when many of last season’s stars, including Anthony, Lisandro Martinez, Ryan Gravenbirch and Sebastien Haller, left the club.

Cambuur, on the other hand, finished ninth last season and won one game in his first four league games. Ajax are expected to win this game.

Prediction for this match: both clubs to score – no. Ajax will score more than two goals.