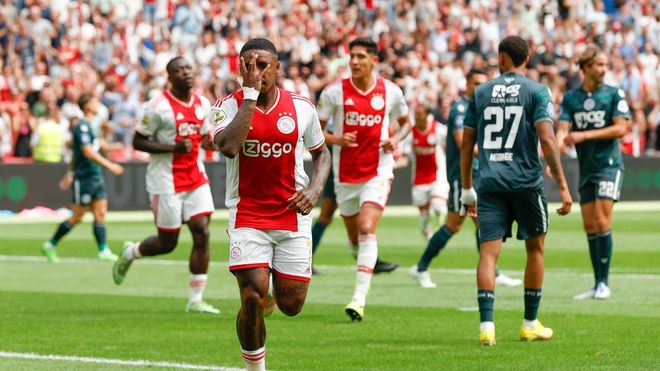 On Wednesday, September 7, in Amsterdam at the stadium “Johan Cruyff Arena” in the 1st round of the group stage of the Champions League Quartet A, the Dutch Ajax will host the Scottish Rangers. The start is at 16:45 GMT.

The UEFA Champions League Group A match starts at the Johan Cruyff Arena. The Niedepland side got a bit easier after former manager Erik ten Hag had a run at the club over the summer, but some shrewd arrivals, including former Rangers player Calvin Bassey, helped Ajax get off to a perfect start.

Ajax have got off to a fast start this season so far, leading in all but one stretch and with unbeaten runs in their last eight matches in the Champions League itself, the manager is hopeful that his team can continue to dominate domestically.

In strong performances in this competition. Entering this competition as favourites, a positive overall result against Scottish rivals could inspire confidence among fans.

A decisive (4-0) defeat in the derby last time left Rangers’ title hopes on the brink, even at this early stage, as a result.

The road to their first Champions League group stage appearance since 2010/11 has not been without hardships as Rangers had to make up deficits against Royal Union and PSV in order to qualify.

In fact, Rangers’ (1-0) away win at Eindhoven saw them score their first goal in four European away matches and only win their second in 12.

Ajax have lost a lot of famous players, but the likes of Steven Bergwijn became the first Ajax player since Luis Suarez to score at least six goals in five Eredivisie games last time, though he has yet to score in the Champions League itself.

As for Rangers, Antonio Colak has scored seven goals in ten games this season, three of them in Champions League qualification, including the decisive goal against Dutch PSV Eindhoven.

The two teams have met four times so far, all of which have taken place in UEFA competitions.

Ajax have a 100% record against Rangers and will look to increase it in their first meeting in over two decades.

Stats: Ajax have scored at least twice in seven of their last eight Champions League matches.

The hosts are in good form at the moment, scoring 16 goals in five matches and conceding three.

Considering the history between the two teams and Ajax’s home advantage, the Dutch club is the favorite for the match.

Prediction for this match: Ajax to win with -1 handicap.