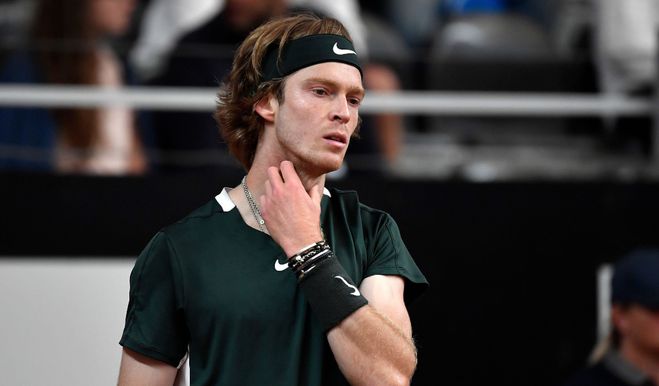 Russian Andrei Rublev will play against British Dan Evans in the second round of the Masters in Montreal. The match will take place on August 10, starting at 22:30 GMT.

Rublev had an impressive season, winning 35 of 47 matches. The world No. 8 started the year with a third-round exit at the hands of Marin Cilic at the Australian Open.

Then the Russian took revenge after losing the last meeting against Felix Auger-Aliassime, beating the Canadian in the Open 13 final in Marseille. This was followed by another title run at the Dubai Tennis Championships.

Rublev won his third title of the season by defeating Novak Djokovic in the final of the Serbian Open in Belgrade. At Roland Garros, he again lost to Cilic in a five-set thriller in the quarter-finals.

In the meantime, Dan Evans had a good season, taking one Nottingham Challenger title. The Briton also lost to Nishioka at the Citi Open in a tight three-set match.

Evans advanced to the second round of the Canadian Open by defeating Filip Krajinovic in three sets.

The American, however, could not finish the match, withdrawing during the third installment due to poor health. Unlike Evans, Fritz was unprepared for the weather.

Both tennis players have already met five times, and Rublev won in head-to-head meetings with a score of 3-2. Their last meeting took place this year at the Madrid Open, where Rublev won in straight sets.

The Russian is an aggressive player with a heavy two-handed backhand. Although his forehand is also strong, he tends to hit without much spin. Rublev is extremely hard to stop once he finds his rhythm and gets comfortable with his work.

Evans doesn’t have the same power as Rublev, but he more than makes up for it with his consistent ground shots and variety. The Briton never gives up and often throws punches that exceed his weight.

Prediction for this meeting: Rublev’s victory in straight sets.