Argentina will play at home with Mexico in the 2nd round of the group stage of the World Cup. The match will take place on November 26, starting at 19:00 GMT.

The Argentina national team without any problems got a ticket to Qatar. The team in the selection of South America was considered one of the favorites to win, but the first line unconditionally lost to Brazil, six points behind in the end.

In the group with Mexico, Poland and Saudi Arabia, the Argentina national team was considered the undisputed favorite to win. But the team failed in the first round in the confrontation with Saudi Arabia.

In the first half, Argentina fully lived up to all expectations, scoring one goal and several from offside. However, in the second half of the meeting, Saudi Arabia changed and scored twice. The team failed to level the score.

Of course, in this match Argentina will actively attack. Since there is no other way, and the leaders of the national team will be determined to score in this match. 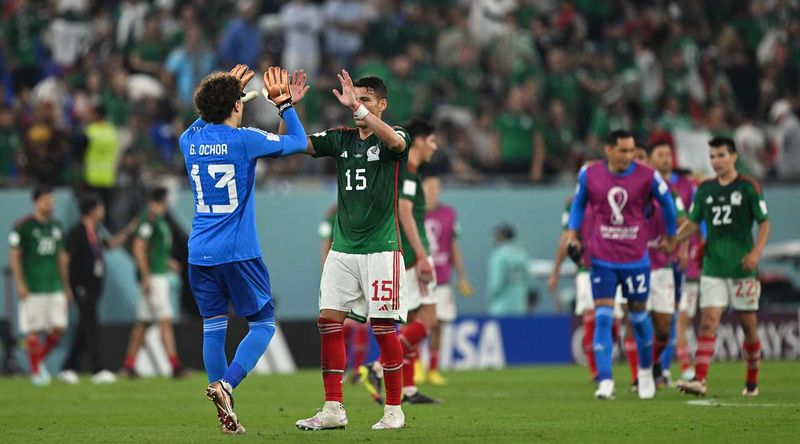 The Mexican national team was considered the main favorite to win the qualification from North America. However, the team quite unexpectedly lost points in duels, which eventually led to the fact that the Mexicans finished second.

In the first round of the World Cup, the Mexican national team met with Poland, which at that time was considered the main competitor in the fight for a second ticket to the playoffs.

The Mexicans played very carefully, without creating a single real moment at the opponent’s goal. At the same time, they could lose, but the Polish team did not convert a penalty in the second half.

Lionel Messi became the first Argentine to score in four different World Cups when a player scored against Saudi Arabia.

Hector Herrera, as you know, six of his last seven high-scoring games for Mexico ended in victories.

Argentina have a good record against Mexico and have won 16 out of the 35 matches played between the two teams, as opposed to Mexico’s five victories.

Argentina were on a run of 13 consecutive victories against non-European countries in the World Cup before their defeat against Saudi Arabia this week.

We have your weekend plans right here! 💯

The Argentina national team sensationally lost to Saudi Arabia in the first round, but it cannot be said that the Argentines completely failed the match.

The national team looked pretty decent, the implementation failed, while the opponent in this component was impeccable.

Argentina will certainly try to rehabilitate itself, and such Mexico as it appeared in the match with Poland is quite capable of beating.

Prediction for this match: Argentina win by one goal.