Arsenal will play at home against Tottenham in the ninth round of the championship of England. The match will take place on October 1 in London, starting at 11:30 GMT.

Arsenal are top of the Premier League table after 18 points from seven games played.

Arsenal come into play in the Premier League on a five-game winning streak at the start of the season, matching their best start ever.

Beat Brentford (3-0) as 15-year-old Ethan Nwaneri made history by becoming the youngest player in Premier League history. Coach Mikel Arteta has a number of injury problems ahead of the game that could stretch the team.

Unlike last season, this time Arsenal got off to the best start in years. Six victories in seven matches – obviously no one expected this from the team.

In the new season, Arsenal have never lost at home. And so far, Mikel Arteta’s team has scored in every game. 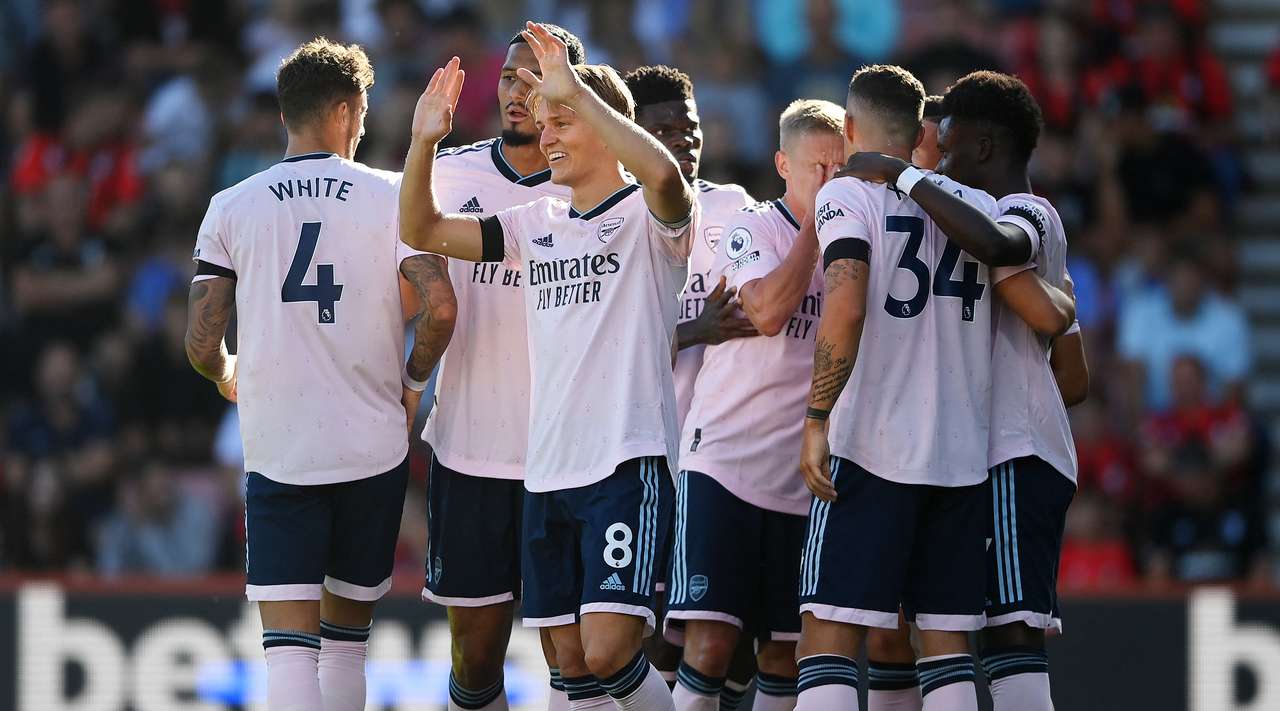 Tottenham, meanwhile, is in third place with 17 points. At the same time, the club lags behind Manchester City only in additional indicators.

Tottenham are in great shape after an unbeaten start to the season and they can claim the top spot with a win here until at least Sunday.

The team will have to face this derby as they have struggled in the league recently, having last beaten their rivals in 2010.

Coach Antonio Conte will be delighted that all three of his main strikers – Harry Kane, Son Heung Min and Richarlison – scored goals during the tournament.

As you know, before the international break, the London club beat Leicester at home – (6-2_.

Arsenal’s Gabriel Jesus will be looking to score and extend his incredible record by going unbeaten in his last 61 goalscoring games. The player has shown good results in recent matches for the club.

Kane from Tottenham, who scored more goals in this match than any other player. The English footballer may be in good shape for this match.

Arsenal are playing well against Tottenham Hotspur and have won 84 of the 205 matches played between the two sides, as opposed to 67 away victories.

Tottenham Hotspur have lost two of their last three Premier League games against Arsenal, the same number of defeats as there have been in the 13 games that preceded the series.

Arsenal are in good shape under Mikel Arteta and have a young squad this season. The team has shown itself from the best side, and will fight for victory in this season.

Tottenham are also having a good season and bright strikers in the team can bring results for the club. This match will be an interesting fight.

Prediction for this match: Both teams to score + total over 2.5.