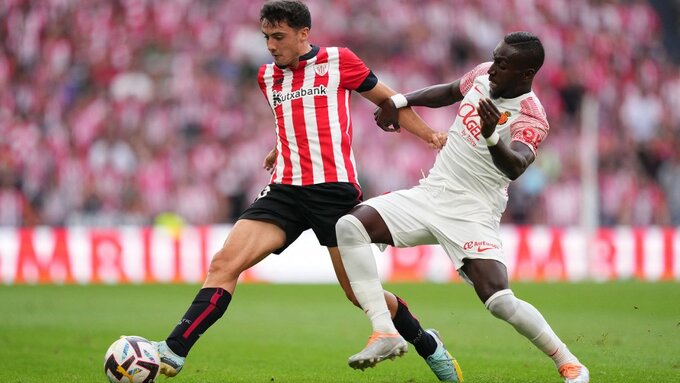 Athletic Bilbao will play at home against Valencia in the second round of the Spanish Championship. The match will take place on August 21 in Bilbao, starting at 15:30 GMT.

In six pre-season friendly matches, the club suffered only one defeat, losing at the end of July to the English Newcastle. They won three more matches and drew twice.

Last week, the home team started the league with a goalless draw against Mallorca.

Valencia were able to beat Girona (1:0) thanks to a penalty from Carlos Soler in stoppage time in the first half.

Their numbers were reduced to 10 after Eray Comert received a red card in the second half but kept his lead.

The hosts were one of seven teams that failed to open their account on the opening day of the season.

The two teams have played 186 times in all competitions. The match was held in a tense struggle between the two teams: the guests had a slight advantage in victories 72-66, and 48 games ended in a draw.

They met four times last season, twice in La Liga and twice in the Copa del Rey. Three games ended in a draw, and Valencia managed to win 1-0 in one of the cup matches.

Iñigo Martinez and Mikel Balenciaga, who missed the start of the campaign due to injuries, were still absent from training and will continue to recover. Julen Aguirrezabal has a hand injury.

Eray Comert‘s red card against Girona will take him out of the game due to suspension.

Recent meetings between the two teams have resulted in a lot of draws and with both sides just warmed up for the season, the match will be tied.