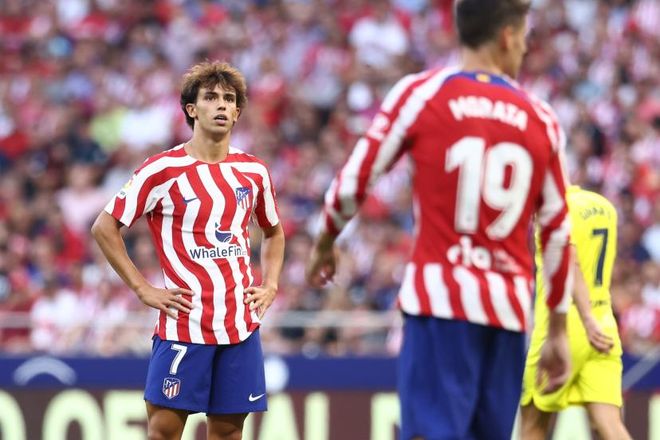 Today, August 21, at the Wanda Metropolitano stadium in Madrid, the local Atlético played with Villarreal in the 2nd round of the Spanish La Liga.

Alvaro Morata was supposed to give Atlético the lead in the first minute, but Geronimo Rulli intercepted his volley.

The guests returned to the game and in the 10th minute of the game approached the goal, and Pino shot a little later after a good game by Etienne Capue and Giovani Lo Celso.

Villarreal found the goal 10 minutes before half-time, but it was deemed that the ball had hit Moreno’s hand as he was ending the game, after his initial shot had hit the crossbar.

Matheus Cunha had a great chance with 20 minutes left, but failed to convert when a cross from Angel Correa found him in that area.

Cunha was forced to regret this blunder moments later when defensive confusion allowed Pino to pounce on the corner to put the visitors ahead.

Rulli somehow kept the ball off Villarreal’s goal when Cunha headed it off the crossbar and Carrasco bounced back to the net.

Atlético defender Molina received a straight red card for a stoppage-time strike on Alex Baena before Moreno scored a second goal in a last-minute finish to earn all three points.

Villarreal scored six points and climbed to the third line of the standings of the championship of Spain. In the next round, the team will play with Getafe.

Atlético remain in seventh position with points. The team will play away with Valencia.