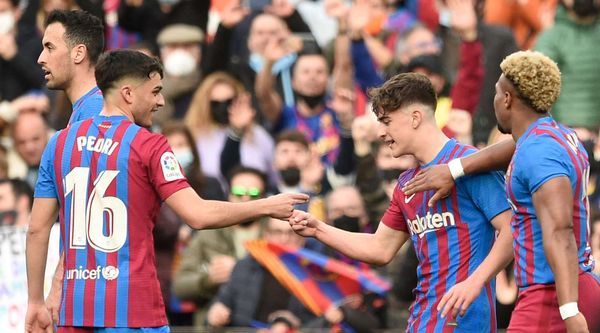 As part of the 23rd round of the Spanish Championship, Barcelona hosted Atlético at home. Also, Barcelona have new players that they signed in the winter transfer. 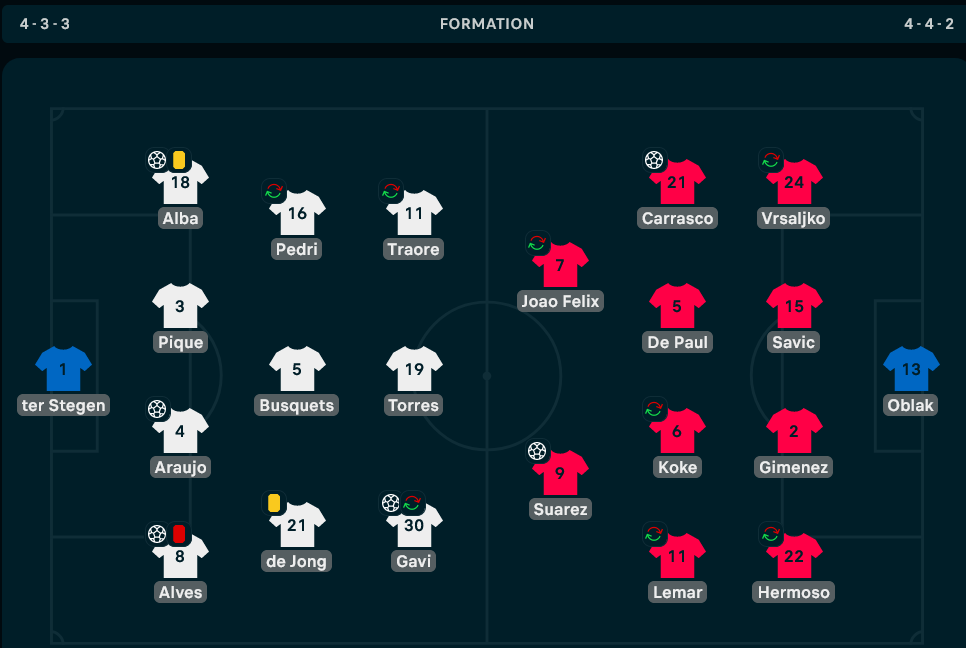 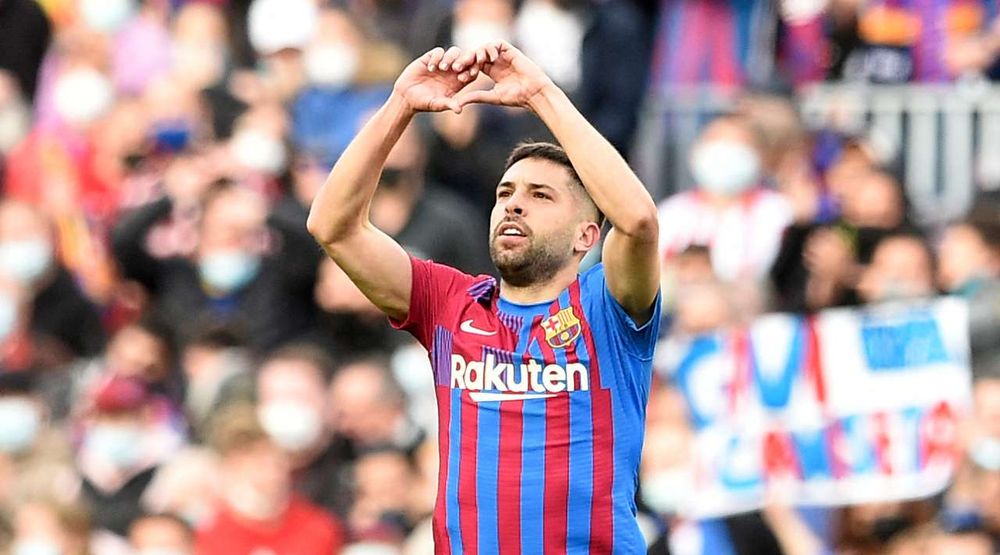 The first half for both teams came out very productive. At the 8th minute, Atlético took the lead, Karrasco scored a goal. Two minutes later, Alba sent the ball to the far corner of Oblaka’s goal with a beautiful shot.
Then, on 21 minutes, Gavi put Barcelona ahead with an accurate header, and at the end of the first half, Araujo strengthened the advantage of the hosts.

In the second half, the hosts did not relax and in the 49th minute they scored another goal, the author was Dani Alves – he put a beautiful strong blow into the Oblak goal.
Further, Atletico tried to return the game, and even scored on 58 minutes by Suarez, but this did not help them much. Barcelona also had a removal – Dani Alves for unsportsmanlike conduct.