On May 7, at the Benito Villamarin stadium in Seville, Betis hosted Barcelona as part of the 35th round of the Spanish La Liga 2021/2022 season.

Betis entered the field looking to win at home against their rivals for the first time since March 2008. But from the start of the first half, the club faced setbacks as goalkeeper Claudio Bravo was forced out of the game due to injury. His replacement, Rui Silva, was thrown into the fray and instantly held the score with a header from Ronaldo Araujo on the bar. This allowed Betis to pull themselves together and also create a dangerous moment in the first half. Guido Rodriguez was able to hit the post only with an effort from the edge of the penalty area.

It was very difficult for Barcelona in the first half as no chances were created. But still, in the 76th minute, the guests managed to score the first goal in this match. Ansu Fati opened the scoring with a calm finish on the edge of the penalty area, having come on as a substitute 14 minutes earlier.

However, Barcelona were not in the lead for long, Marc Bartra quickly equalized with a header after a cross from Nabil Fekir, scoring his fourth goal against Barcelona in four matches. This goal led to a tense ending to the match. 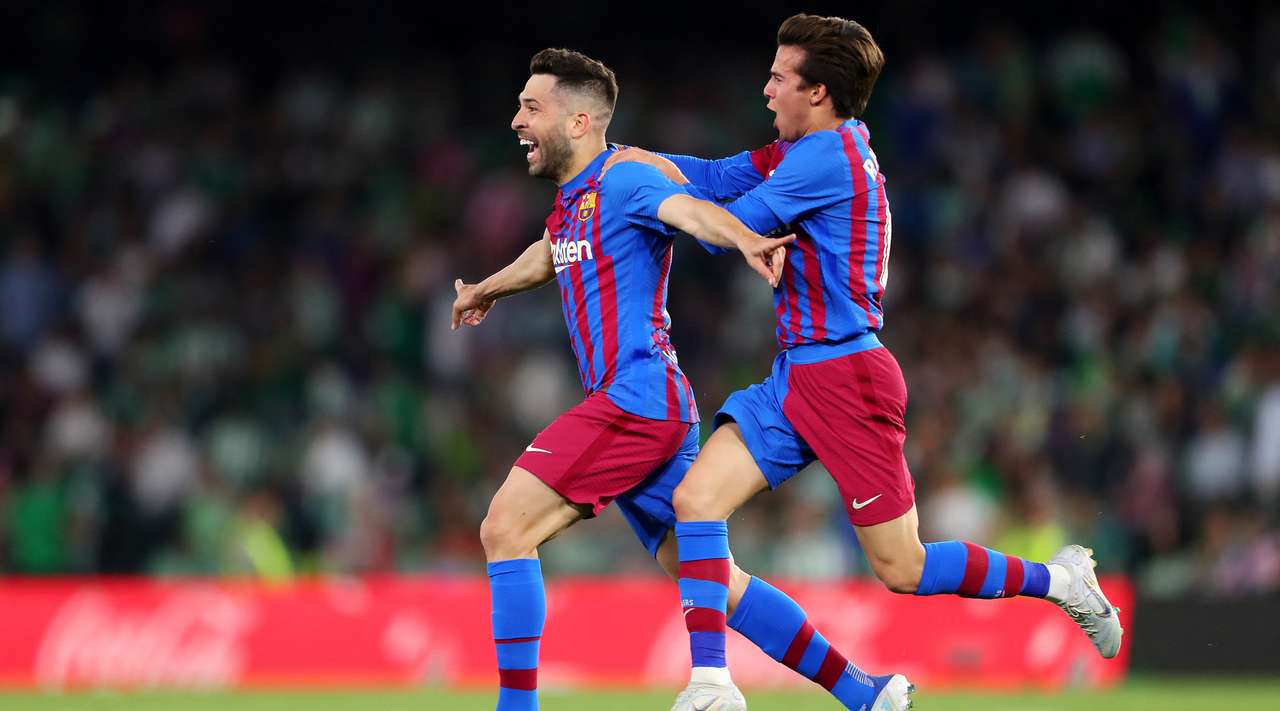 It would seem that there will be a draw in this match, but when Dani Alves shot Jordi Alba, and he scored a goal in the 90+3 minute, and stunned all the fans, it was a great joy for Barcelona fans.

As a result, the victory of Barcelona and three points for the club. After 35 rounds played, Barcelona is in second place in the La Liga standings. The club scored 69 points. Betis are fifth on the table with 58 points.