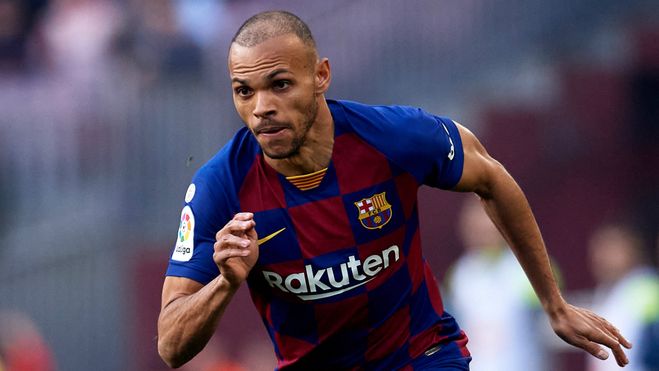 Barcelona striker Martin Braithwaite is facing an uncertain future at the club and could end up leaving after his contract is terminated, according to Spanish news outlet Football Espana.

The player has a contract until 2024, but the player does not seem to meet the requirements and could be released this summer.

As you know, Barcelona returned from a tour of the United States. With a new La Liga campaign approaching, manager Xavi wants to speed up the cleanup process. He wants the club to expedite the departure of players not in his plans so he doesn’t have too many squads in training.

Among the players who could leave is Braithwaite, whose chances of making it to the first team have all but dried up with the arrival of new players.

With Robert Lewandowski, Rafinha, Pierre-Emerick Aubameyang and Memphis Depay all ahead of him, and the Danish footballer is far behind.

Braithwaite has a two-year contract with the club. He had previously expressed a desire to extend it, but this summer his views may have changed.

According to sources, Braithwaite is showing interest from the Premier League and won’t need a pay cut to move anywhere. La Liga club Getafe are also interested, but the player’s transfer will only be considered if his contract is terminated.

Barça wanted to get some money from the sale of Martin Braithwaite, but he has refused to negotiate with other teams. The club will have to release his contract, and assume the losses.

Barcelona are ready to terminate his contract but do not want the 31-year-old to receive a full salary for the remaining years of their contract.

Given their poor financial situation right now, they are looking to cut their payroll despite signing several players this summer. However, Braithwaite is unlikely to turn down the money the club owes him.

As you know, Barcelona on the eve held a pre-season match against RB Salzburg, where they won with a score (2-0).

The team’s next match is against the Pumas. And on August 13, the team will start in the Spanish championship, where it will play against Rayo Vallecano.