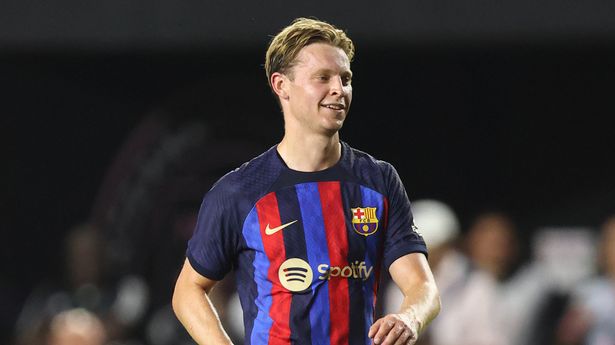 In a friendly match, Barcelona will play against Juventus. The match will take place at the Cotton Bowl stadium in Dallas, Texas on July 27 and will start at 00:30 GMT.

Barcelona finished last season in the Spanish championship in second place, 13 points behind the leader.

Also, as you know, the team has not achieved great success in European competition. In the Champions League, the Spanish club flew out at the group stage.

And in the Europa League, it was not possible to go beyond the quarter-finals. Then Barcelona lost on aggregate to Eintracht Frankrut.

In the first pre-season match, Barcelona drew (1-1) with Olot, a team from the fifth division of Spain. In the USA, the team managed to beat Inter Miami with a score (6-0), and also defeated Real Madrid (1:0) in the last match.

Juventus meanwhile spends the second season is not very successful. Last year, the team took only fourth place, and only at the very end of the tournament.

In European competition, Juventus also did not achieve great success. In the Champions League at the 1/8 stage, Juventus lost to Villarreal on aggregate.

In the pre-season, the club from Italy managed to hold only one meeting of Guadalajara, where they beat with a score (2-0).

Also this season, the club left a lot of famous players, such as: Chiellini, Paulo Dybala and Matthijs De Ligt.

As you know, both clubs met each other in the group stage of the Champions League in 2020. Then the clubs exchanged victories. Barcelona won away (2-0) but lost at home (0-3).