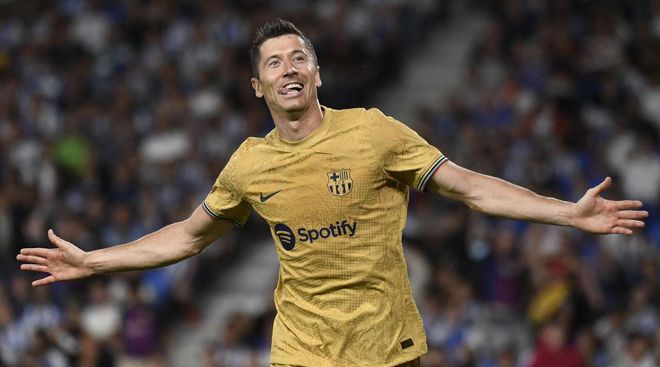 The match of the 3rd round of the championship of Spain (Liga) between Barcelona and Valladolid will take place on August 28 at Camp Nou at 17:30 GMT.

Real Valladolid are currently in 17th place in the La Liga standings.

The guests did well, in the last round with Sevilla a 1-1 draw last week.

Thus, if we take into account the results of the preparation for the season, then the team already has 5 matches without victories and only one goal scored during this period.

Barcelona, ​​on the other hand, are currently in fifth place in the standings and have had some pretty impressive results this year.

The team beat Real Sociedad 4-1 in the previous league match and will aim for the same result.

On August 24, Barcelona played a friendly match with Manchester City, in which they lost 3-3 with the opponent.

Barcelona have an impressive record against Real Valladolid and have won 20 of the 26 matches played between the two teams, as opposed to Real Valladolid’s two victories.

Real Valladolid have not won their last 11 away games in La Liga, their longest such away streak since 2018.

Barcelona have won 14 of their last 15 matches against Real Valladolid in La Liga, with their previous loss to the team coming in 2014.

Barcelona have grown under Xavi but will have a lot of work to do in the coming weeks. The team needs to win as many as possible to fight for the championship.

Real Valladolid needs a miracle to beat Barcelona. The hosts are the best team at the moment and they have to win this game.

Prediction for this match: Barcelona win with a handicap (-2.5).