On May 14, as part of the 34th round of the German Bundesliga at the BayArena stadium in Leverkusen, the local Bayer met with Freiburg.

Bayer have already finished third in the Bundesliga after a three-game winning streak separated them from their pursuers. And so from the first minutes the pressure of the game was low.

Meanwhile, Freiburg tried to take advantage of this and attack the opponent. Freiburg also needs to win this match as they fight for the Champions League. Defender Nico Schlotterbeck missed his head from close range.

Vincenzo Grifo had a big impact in the final third, but he failed to hit the target with a twist off the edge of the penalty area on impact. The break was very influential for Bayer and on 53 minutes Patrick Schick muscled his way through the Freiburg defense before passing for Lucas Alario to score. 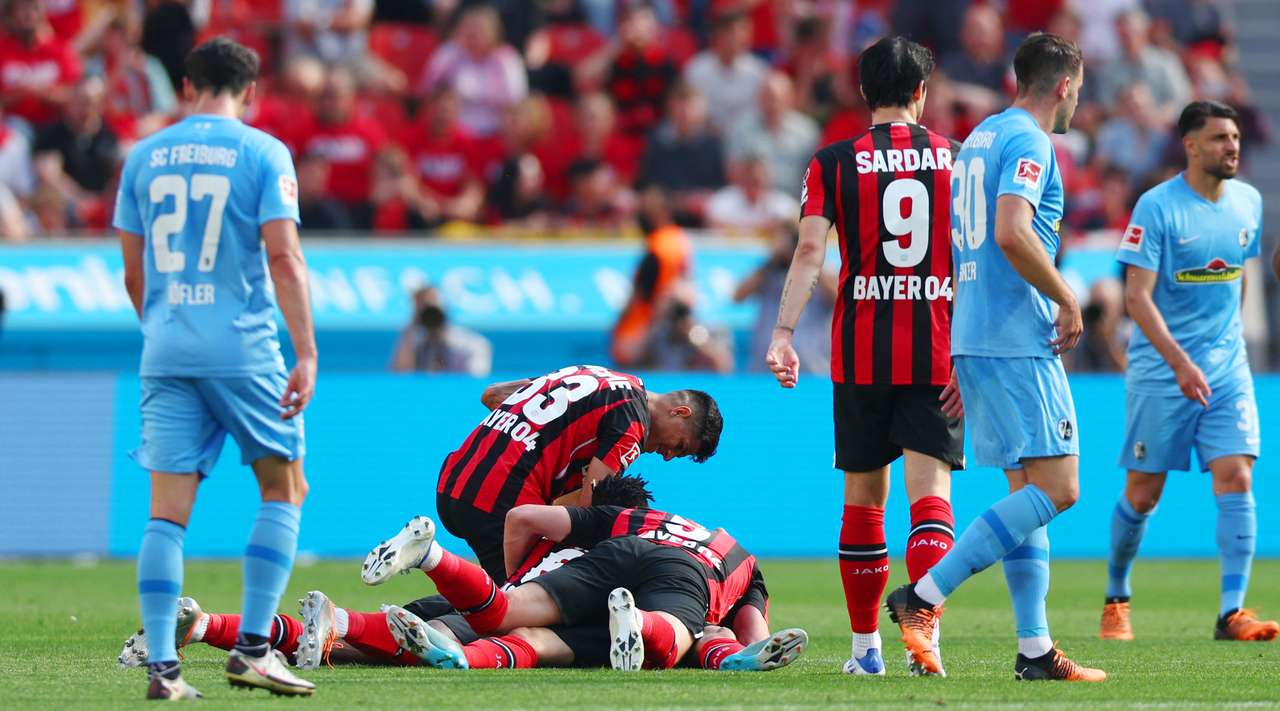 After the goal, the hosts slowed down a bit, and the guests began to create chances. Paulinho forced a save from Mark Flecken to his left before Schick landed a crossbar shot.

Freiburg have been chasing a miracle in the final stages to secure their place in the Champions League. Late equalizer Janick Haberer seemed to secure the podium, but the charges failed to create the necessary chances in the latter stages. The guests sent their goalkeeper forward to set-pieces chasing the winner, but that made things worse and Exequiel Palacios took advantage by scoring the stoppage-time winning goal from the center circle.

As a result, Bayer won, and the team finished the season in 3rd place with 64 points, while Freiburg failed to gain a foothold in the Champions League zone, and the team took 6th place with 55 points.