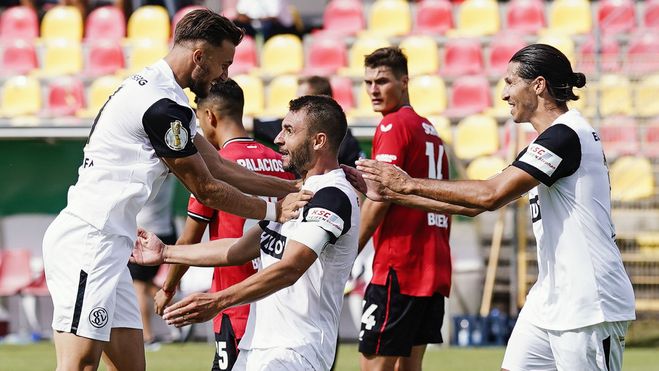 Champions League club Bayer Leverkusen crashed out of the German Cup first round on Saturday, following a shock 4-3 loss to third division’s Elversberg.

The hosts took the lead three times in the first half after Leverkusen had twice pulled level.

Elversberg, recently relegated to the third division, refused to give up and scored Kevin Konrad’s fourth goal with a header in the 74th minute.

Bayer, who was prodigal in attack, especially in the first half, and with large gaps in defense, was only able to recover the goal through Patrick Schick in the 89th minute. The club will go through the first round of the competition for the first time in 11 years and will need to improve their game next week when they face Borussia Dortmund in the first leg of the Bundesliga.

The other Bundesliga team, Cologne, suffered the same fate as Leverkusen, losing 4-3 on penalties in the second division Regensburg after both teams equalized 2-2 after extra time.

Borussia Dortmund famously advanced to the second round of the German Cup on Friday with a 3-0 win over third tier 1860 Munich.