On April 23, at the Allianz Arena in Munich in the 31st round of the German Bundesliga for the 2021/2022 season, Bayern hosted Borussia Dortmund.

For Bayern, this match was one of the most important, because if they won, the club would become the Bundesliga champion 2021|22.

The hosts started the half very actively, creating chances. Serge Gnabry struck on 15 minutes with a spectacular strike from the edge of the penalty area, scoring the first goal of the match. After that he seemed to score the second goal, but it was scored from offside.

But the setback didn’t last long as Lewandowski doubled Bayern’s lead in the 34th minute with a goal pass from Thomas Müller.

In the second half, the guests caught Kimich making a mistake and earned a penalty. Сan, who had never missed a penalty kick in his entire adult career, came up to the ball and converted Manuel Neuer’s penalty and returned Dortmund’s opportunities. 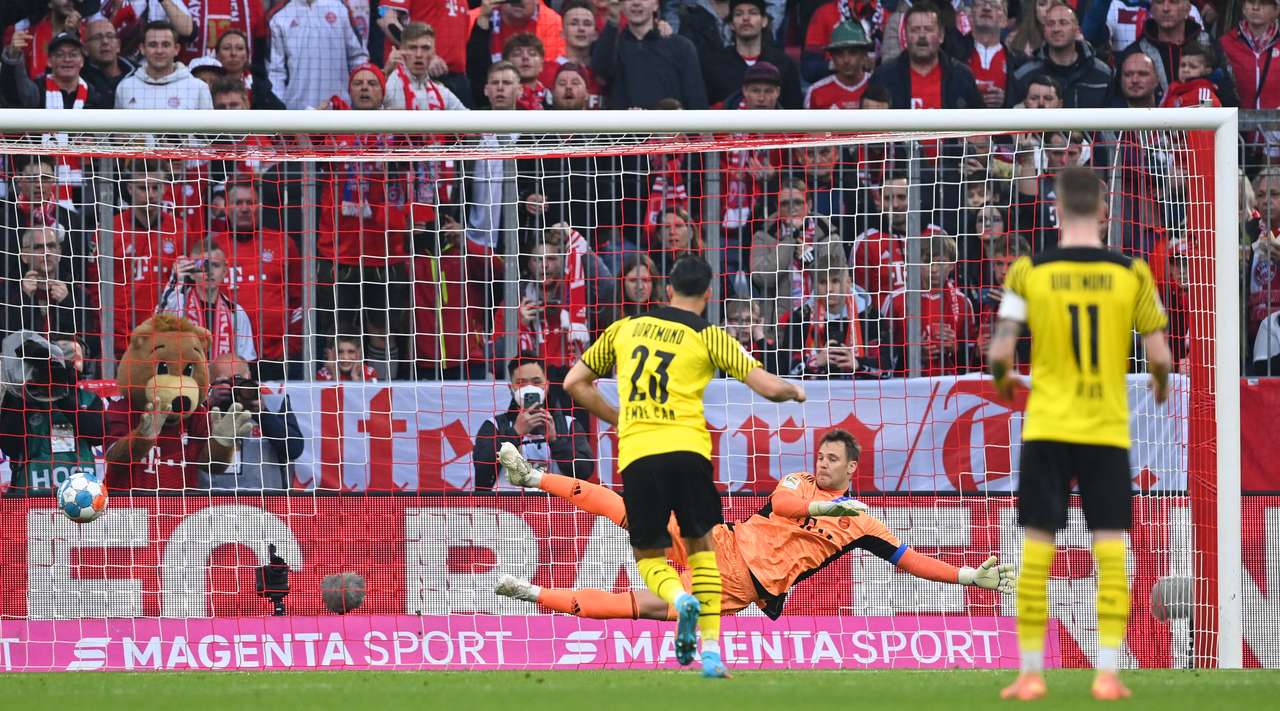 Borussia then tried to level the score in this game and spoil the mood of Bayern, but still the young player of the hosts – Musiala put an end to this game, after in the 83rd minute showing skillful footwork on the left flank and shot the ball past the goalkeeper Hitz. As a result, the match ended 3-1 in favor of Bayern.

Bayern Munich scored 75 points in 31 meetings and holds 1st place in the German Bundesliga standings for the 2021/2022 season. Borussia Dortmund (63) is in second place.

As a result, Bayern became the Bundesliga champion 2021|22/.