In the 25th round of the German championship, the leader Bayern met with Bayer, who holds the third line of the table.

The central sign of this match, fully justified. Both clubs played very cool and professional football.

In the first half, Bayern took over the whole game and began to control the ball, but Bayer did not concede to the enemy in any way, answering on counterattacks, forcing the Bayern goalkeeper to work seriously. As a result, the first half ended with the score 1:1.

The goals turned out to be quite surprising, at first the unloved Munich public Süle scored from the corner, and in response followed by a stupid own goal from Thomas Muller. 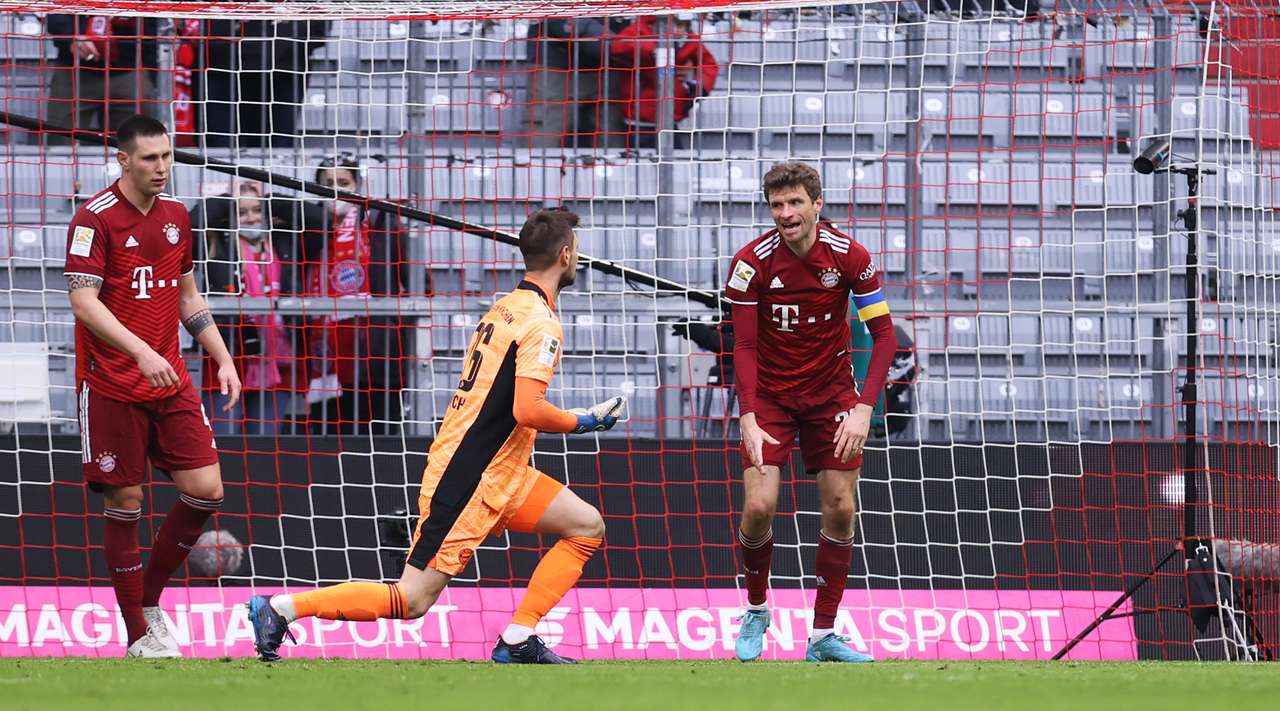 In the second half, the Bayern coach made a couple of substitutions, which had a good effect on the game, but failed to score, Bayer also had chances to score, but the implementation failed, as a result, Bayern struck three shots on goal in half, and Bayer only once.

The match ended 1:1. After this match, Bayern take first place with 59 points, and Bayer Leverkusen are third in the table with 45 points.