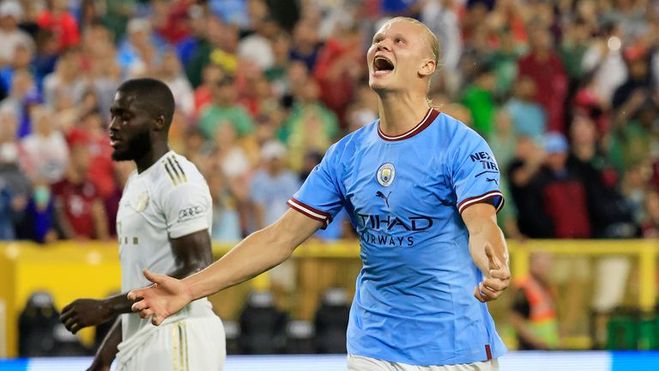 Manchester City defeated Bayern in a friendly match, which took place in the American city of Green Bay.

Erling Haaland made a bang during his debut for Manchester City against Bayern Munich, scoring the game’s only goal after just 11 minutes on the pitch.

He was helped by Jack Grealish’s cross, which Haaland was able to convert from close range.

The Norwegian international left Borussia Dortmund for Man City, who previously played for his father Alf Inge, in a £51m deal in June. 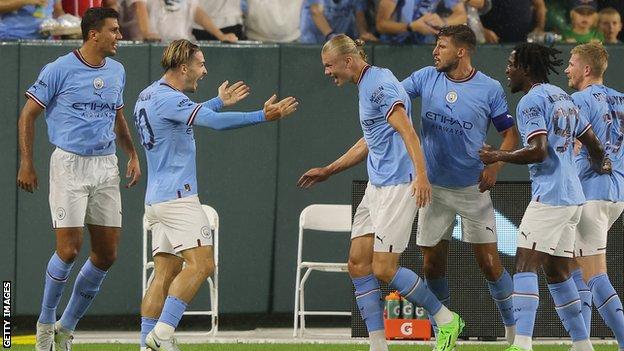 The match, played at Lambo Field in Green Bay, was delayed 15 minutes due to a thunderstorm and play was suspended until further notice shortly after Haaland’s goal.

Fans were urged to take shelter on the concourse as lightning descended on the area and players left the field.

The breaks seemed to affect the dynamics of both sides, with neither side able to score another goal.

Speaking after the game, Haaland said he had imagined himself scoring for City in these situations, and admits he likes manager Pep Guardiola’s ‘crazy’ style.

Haaland said: “As you probably all know, I’ve been watching a lot of City games in the last years, and in the last years it has been without a striker, so of course I’ve been seeing myself in these situations today, so I’m not surprised.

Manchester City will take on Liverpool next in the FA Super Cup. The game will take place on July 30th. Bayern will face Leipzig on the same day in the German Super Cup match.