The Moroccan national team for the first time in 36 years reached the playoffs of the World Cup, and Belgium failed this mundial!

The Belgian national team had to defeat Croatia in the last round of the group stage to reach the playoffs.

After the defeat in the 2nd round from Morocco (0-2), Eden Hazard fell out of the main team of Belgium, who, according to rumors, had a fight with Jan Vertonghen in the locker room.

In addition, Romelu Lukaku, who has healed his injury, has not yet gained the necessary form, so he started the match with Croatia on the bench.

In the first half, both teams showed equal football, and, as you know, the opponents never hit the target (all shots – 6:5 in favor of Croatia).

Lukaku appeared on the field after the break. It seemed that with him the game of the Belgian national team in attack would become more powerful – in the debut of the second half, it was the striker who struck the first blow on target with his head.

But then the game again came under the control of Croatia, and the Belgians were passive in the selection of the ball. 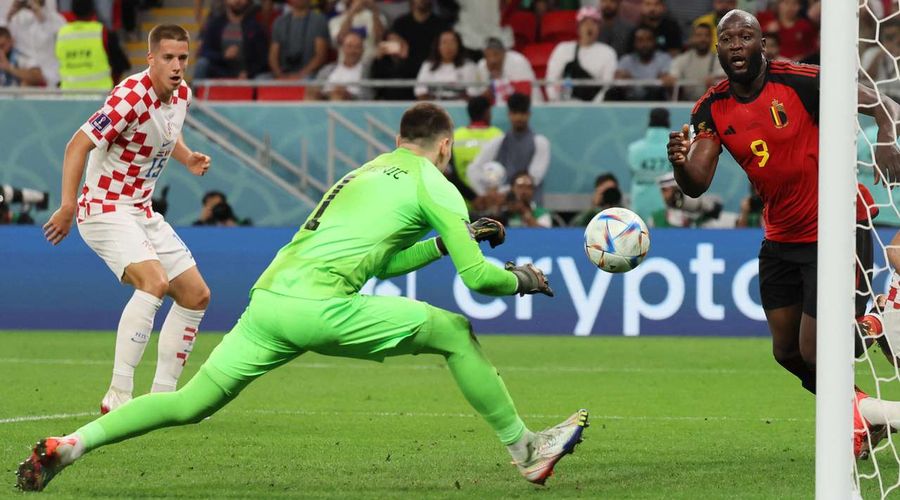 At the end of the match, the Belgians out of the blue created two crazy moments, after which Lukaku could be called the main loser of the match.

First, the center forward hit the post while finishing off the ball from their good position, and then the footballer failed to score with a header when the goalkeeper parried the shot.

As a result, the Belgian national team was not satisfied with a draw, and the team flies out of this tournament. Croatia, meanwhile, finished in second place and secured a place in the playoffs.

Teams Canada and Belgium will leave this tournament, while Morocco and Croatia will continue to play in the playoffs.