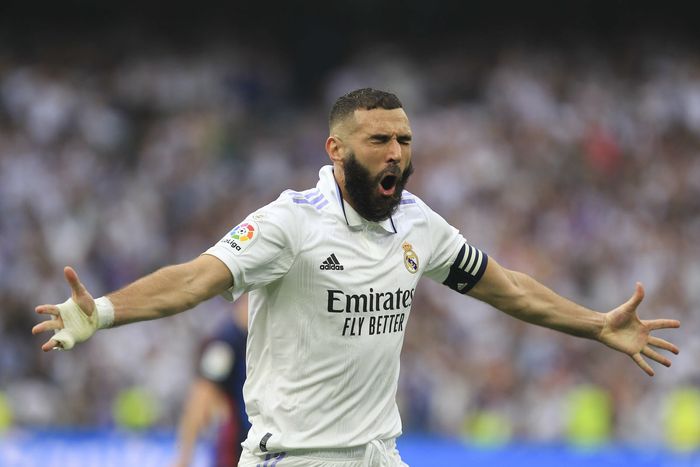 On October 17, the awards ceremony for the last season from the French newspaper France Football was held. Real Madrid striker Karim Benzema received the Ballon d’Or as the best player.

Benzema also scored 15 times and assisted his partners 2 times in 12 Champions League meetings. Many of his goals scored in the playoffs became important and helped the team reach the final of the tournament.

As part of Real Madrid, Karim Benzema became the champion of Spain, and also received the Champions League trophy when they beat English Liverpool in the final.

At the beginning of the current season, Benzema became the owner of the European Super Cup when Real Madrid turned out to be stronger than the German Eintracht in the match for the trophy.

The seasoned striker has returned to the top of the goals this season as Real Madrid look to defend their national and continental titles, and he also hopes to help France enjoy World Cup glory again in the 2022 final in Qatar.