On April 23, in Seville (Spain), at the Olimpico de Seville-La Cartuja stadium, the final match of the Spanish Cup of the 2021/2022 season took place, in which Betis hosted Valencia.

This season, the Copa del Rey was held without Real Madrid and Barcelona, ​​which was a big sensation.

Betis and Valencia decided in this match who will get this trophy.

Real Betis player Borja Iglesias is doing very well in this tournament. And it took him only 11 minutes to score the first goal in this match. Hector Bellerin cut through the right touchline and threw a snapping cross, which Iglesias parried with a powerful header in his signature style.

However, Betis was not in the lead for a long time, 15 minutes before the end of the first half, Valencia managed to score, after Hugo Duro in the 30th minute, who scored the return goal after a pass from Ilas Moriba. 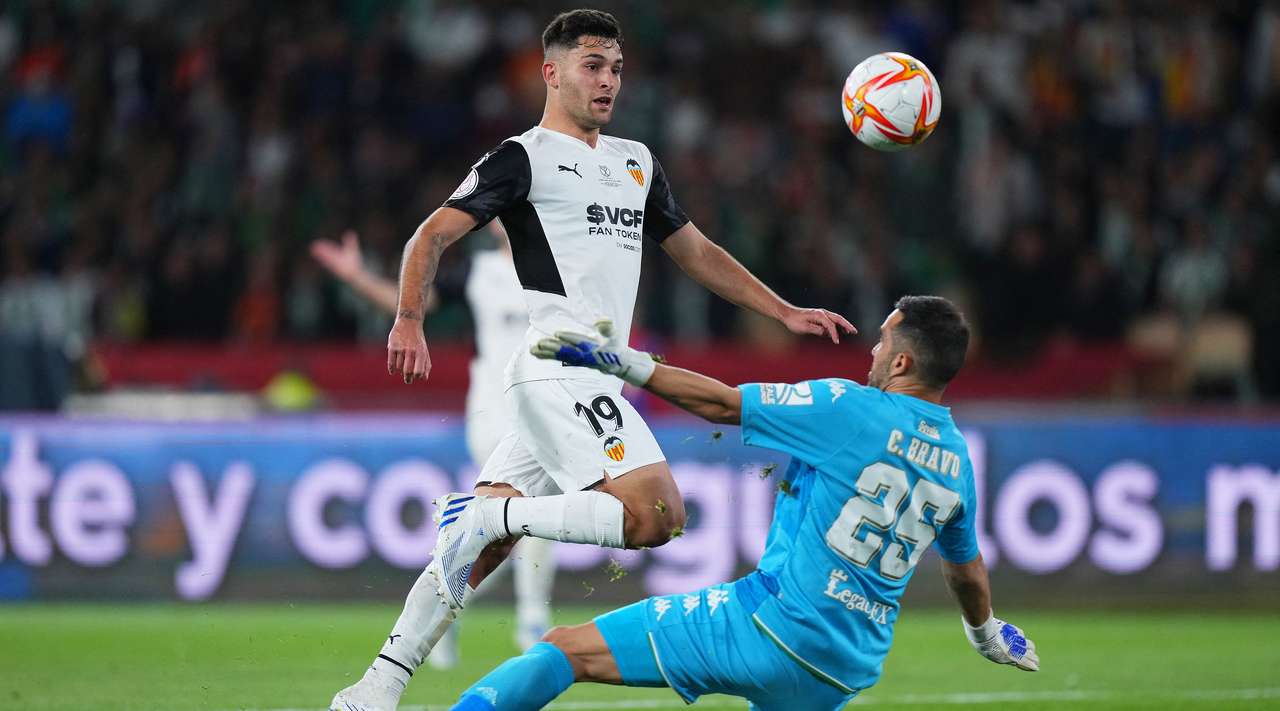 After the break, Valencia were supposed to take the lead for the first time in the match, but Bravo managed to refute Duro’s shot from close range. Betis also responded with a dangerous moment when Giorgi Mamardashvili, who parried Juanmi’s shot with an outstretched boot, followed by Nabil Fekir and Iglesias in quick succession.

Still, the main time ended in a draw, the teams had to play extra time, but the teams failed to score, which meant everything would be decided in the penalty shootout.

In the penalty shootout, Valencia midfielder Yunus Musa shot wide of the goal. The decisive 11-meter kick was realized by the defender of Betis Juan Gonzalez, who came on as a substitute in the 105th minute of the meeting.

As a result, the trophy goes to Betis, with which the club can be congratulated.