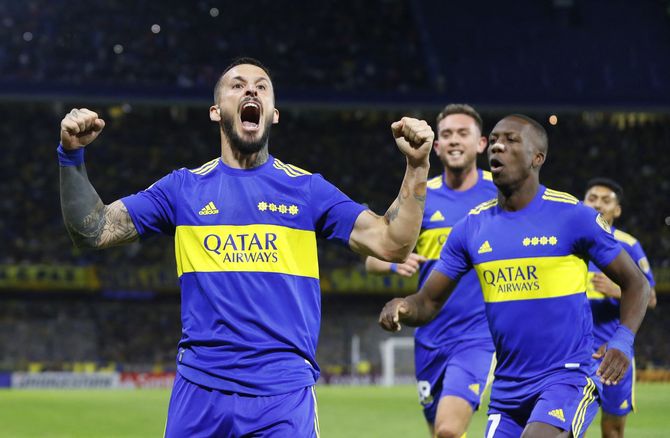 Boca Juniors will host Banfield in the 6th round of the Argentina Football Championship. The game will take place on the night of July 2 and will start at 00:30GMT.

Boca Juniors finished in fourth place last season in Argentina, losing 13 points to the winner of the River Plate.

In the current season, the club, after five rounds held, is on the fourth line, having nine points on its account, four points behind the first position.

In this championship, the team has three wins and two losses. One of them was in the last round at home from Union Santa Fe with a score (1:2). The decisive goal was conceded in the 15th added minute of the match.

After that, Boca Juniors played the first match of the 1/8 finals of the Copa Libertadores, where they played a draw on the road with Corinthians (0:0).

Banfield finished last season only in 20th position in the standings among 26 participants.

In the same championship, the team, after five matches, is in seventh position with eight points. The club has won and drawn twice, and lost once.

The only defeat was at the start of the championship. They went on a 4-match unbeaten streak after that. In the last round, Banfield played a draw (1:1) with Barracas Central.

These clubs ended the last two head-to-head games in a draw, and before that, Boca Juniors won five fights in a row.

Our prediction for this match is Buca Juniros victory in 2.01.