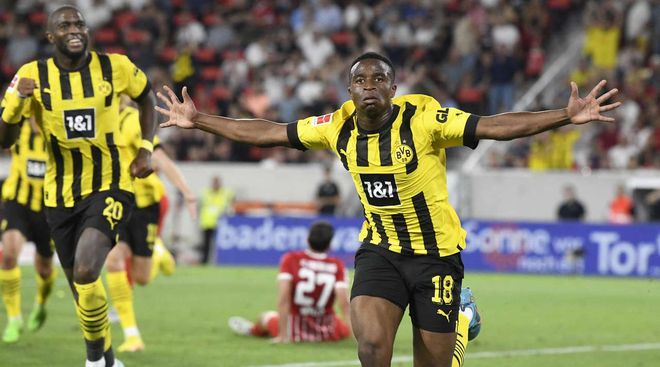 On September 6, Borussia Dortmund will host Copenhagen in Matchday 1 of the Champions League group stage. Starting at 19:45 GMT.

This is Dortmund’s seventh successive appearance in the Champions League group stage, but a strong start is not taken for granted as they have only won once in their last three matches.

The team can rely on their unbeaten history against Danish teams (3 wins and 1 draw) to help their cause, but may still expect a close match as three of their last four wins this season have come (1-0).

To end this unbeaten streak is Copenhagen, the Danish team with the most appearances in the Champions League group stage (five), despite the fact that this is their first appearance since the 2016/17 season.

Three of the previous four Champions League campaigns have ended in the group stage, so the visitors know they’re up against it here, especially after a mixed start to the domestic league campaign (four wins and losses).

While Copenhagen are by far the favorites to be knocked out at this stage, their return with four clean sheets from their previous run in the Champions League group could give the team confidence.

Despite the positives, Copenhagen have failed to win 13 of their 15 Champions League away matches, so a tenth consecutive unbeaten European away game in any competition may be too far against such strong results.

As far as Copenhagen is concerned, the club does not have famous footballers, but there are talented ones, for example:

Victor Claesson, who scored within ten minutes of the decisive victory in the Champions League qualification, which means that he has scored in UEFA competitions in ten of the last 11 seasons!

Tuesday’s game will be the third meeting between Dortmund and Copenhagen. The last time the two teams met was in the UEFA Europa League qualifiers in the 2001/02 season.

Then the German club managed to win with a score of (2:0) on aggregate.

Stats: Borussia Dortmund have failed to win five of their last seven home matches in European competition. The team has 2 wins and draws, as well as 3 losses.

The German team has been on a streak of victories in a row and won all but one of the last six competitions.

Copenhagen, meanwhile, ended their last game on a two-game unbeaten streak. They’ve been struggling to impress lately, but it’s going to be very difficult in this matchup.

Prediction for this match: Under 3.5 goals + Borussia win.