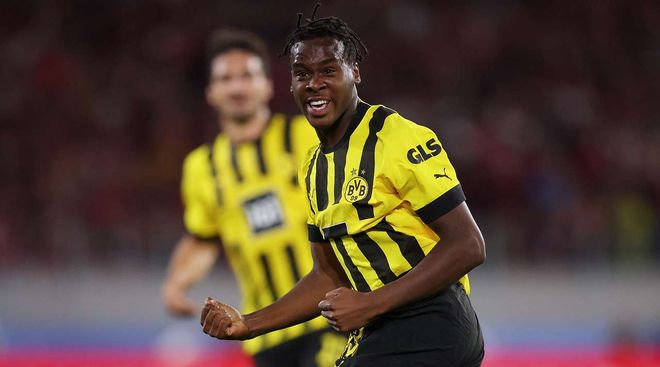 Borussia Dortmund will play at home against Werder Bremen in the 3rd round of the German championship. The match will take place on August 20, starting at 13:30 GMT.

Borussia Dortmund, after two rounds, is in second place in the Bundesliga standings and has shown good results this season. In the last match of the championship, they beat Freiburg with a score of (3:1).

In the first round of the new season, the team hosted Bayer at home and, having scored an early goal in the 10th minute, Dortmund showed nothing more and ended the match with a minimal victory – (1:0).

Werder Bremen is currently in 10th place in the standings and has been inconsistent so far.

Last week in the Bundesliga, the guests drew (2:2) with Stuttgart.

In the first round, the team played against Wolfsburg, and the match also ended in a draw (2:2).

The previous meeting between the two teams took place in April last year and ended with a 4-1 victory in favor of Borussia Dortmund.

Sebastian Haller has been diagnosed with cancer and is not available for selection in the future. Niklas Süle is injured and is out of this match.

Jean-Manuel Mbaum is injured and will not be able to play this game. Amos Pieper and Marvin Daksh have recovered from their injuries.

Who's ready for #MD3? 🤩 pic.twitter.com/lXwXYSkSNA

Table after the first round of Bundesliga 2022-23

Borussia Dortmund got off to a good start to their Bundesliga campaign.

Werder Bremen have been impressive this year but will need to play to their limits to have a chance in this match.

Prediction for this match: Borussia Dortmund win with a handicap (-1.5).