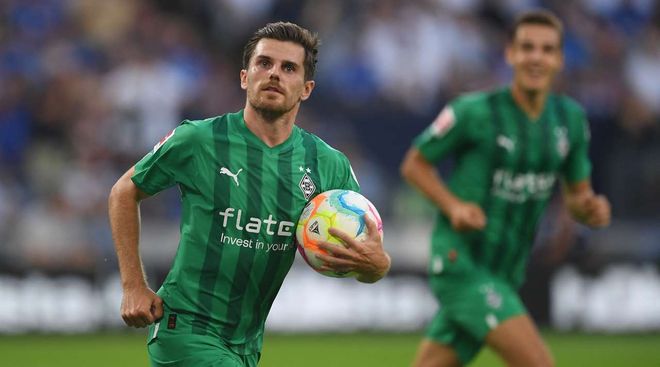 Borussia Mönchengladbach will play at home against Hertha Berlin in the 3rd round of the German championship. The match will take place on August 19, starting at 18:30 GMT.

Borussia Monchengladbach started the first round of the Bundesliga with a draw (2:2) against Schalke.

Goals from midfielder Rodrigo Zalazar and striker Marius Bulter for Schalke were canceled out by goals in the second half from player Jonas Hofmann and striker Markus Thuram for Borussia Mönchengladbach.

The team also had a good start to the season in the German Cup. 1/32 finals defeated Oberachern, beating the opponent with a score (9:1).

Hertha Berlin played a (1:1) draw with Eintracht Frankfurt in the first round of the Bundesliga.

At the start of the season, as you know, the team in the German Cup lost to Eintracht Braunschweig in a penalty shootout.

In 26 head-to-head meetings between the two teams, Borussia Mönchengladbach has a clear advantage. They have won 13 games, lost seven and drawn six.

The two clubs last faced each other earlier this year in the Bundesliga, where Borussia Mönchengladbach beat Hertha Berlin (2:0).

The hosts will be left without Lars Stindl, while there are doubts about the availability of right-back Jordan Beyer. Other than that, there are no known issues.

Meanwhile, guests will not be able to take advantage of Lee Dong Jun, striker Kelian Nson, Jessica Ngankama and centre-back Omar Alderete. There are doubts about the presence of striker Marco Richter.

Who's ready for #MD3? 🤩 pic.twitter.com/lXwXYSkSNA

Table after the first round of Bundesliga 2022-23

Both clubs did not badly spent the second round of the German championship.

Hertha Berlin can still show something on its field, but on the road it looks extremely weak.

Prediction for this match: Borussia M to win with a handicap (-1).