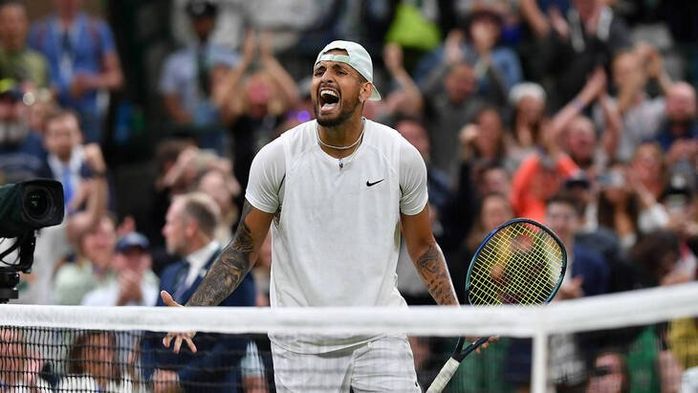 Australian Nick Kyrgios will play against American Brandon Nakashima in the fourth round of Wimbledon. The match will take place on July 4, starting at 12:30 GMT.

Nakashima made his first career appearance in the second week of a Grand Slam tournament.

Brandon’s main success in this tournament is the victory over Denis Shapovalov.

The American tennis player played a good match, losing only one game to the opponent. At the same time, Nakashima won the first set with a score of 6:1, and the third – 6:2.

In the third round, Nakashima won in three sets against Colombian Daniel Galan.

Kyrgios, meanwhile, beat Stefanos Tsitsipas in the third round. And it was so far one of the best matches in this tournament.

After the first round, as you know, Nick was crying, complaining about the behavior of the fans, who shouted something at him a couple of times, but this time the Australian did not behave in the best way.

There were moments in this meeting when Kyrgios was simply much better than Stefanos Tsitsipas.

Kiryos beat a top 10 opponent at a Grand Slam for the first time since 2015.

In this meeting, Kyrgios will try to repeat the same success as the meeting against Tsitsipas.

Our prediction for this meeting is Kiryos’s victory in three sets for 2.58.