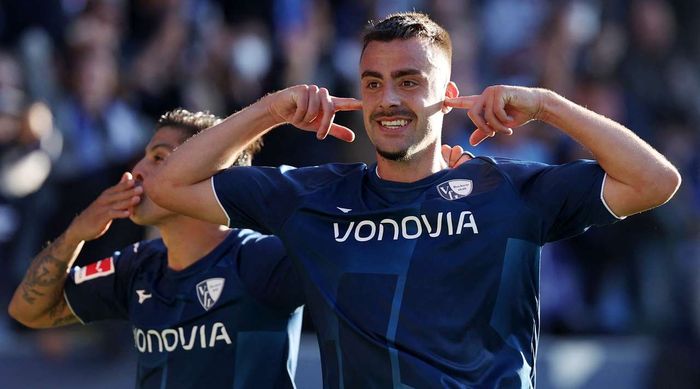 The 9th round of the German Championship 2022-23 has ended. Union” from Berlin became the sole leader. The main rivals of the club from Berlin are lagging behind.

The chase continues. Unsuccessful tour for Freiburg, Bayern and Borussia from Dortmund and its place of the German championship.

There are minor changes in the Bundesliga compared to the previous round.

Werder Bremen and Borussia Monchengladbach joined the group of leaders. This duet soared to 3 lines. 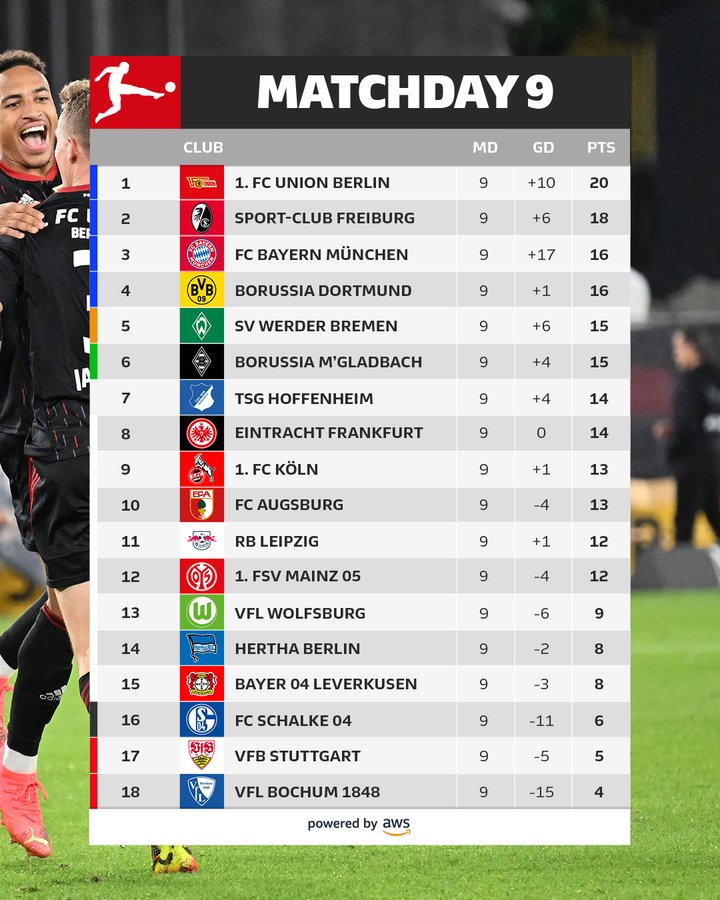 Hoffenheim (from 5th to 7th), Eintracht (from 6th to 8th) and Cologne (from 7th to 9th) rolled down the standings.

Bayer once again leaves the relegation zone. The club moved up from 17th to 15th. Rolled down Schalke 04 and Stuttgart.

Battle of the Tops

The main match of the 9th round is the battle between the champion and vice-champion of the Bundesliga. Borussia Dortmund hosted Bayern at their arena.

Both clubs had a streak of goals in this match. Both teams scored 4 goals. Bayern missed the win in this game.

Leading (2-0), the guests conceded goals from Mukoko in the 74th minute and from Modest in the 95th.

The opponents shared points and scored 16 points each. The leading Bundesliga teams continue to chase Union and Freiburg.

Leader in the standings

Union Berlin became the sole leader of the German championship. The club won a guest victory over one of the outsiders of the championship Stuttgart with a score (1-0)

For the team, the only and winning goal was scored by Paul Jaeckel in the 76nd minute of the match. Thus, Union scored 20 points.

Lost points Freiburg (2nd place and 18 points). The Bundesliga club failed to beat Hertha on the road. Moreover, they barely escaped defeat. The saving goal for Freiburg was scored by Kevin Schade. The result of the meeting is a fighting draw (2-2).

The German club is once again saved from the relegation zone, after Bayer were stronger over their neighbor in the tournament, Schalke 04 (4-0).

As part of the Leverkusen club, Frimpong scored a double, Diaby and Paulinho scored another goal.

After this victory, Bayer bypassed the opposing team and climbed to 15th place. Schalke, in turn, fell into the relegation zone and settled on the 16th line.

The games of the 10th round of the German championship will be held from 14 to 16 October.

All Bundesliga matches seem invisible against the backdrop of two fights in which teams from the top four come face to face.

Two battles are scheduled for Sunday, October 16th. In Berlin, the leader of the German championship Union Berlin and Borussia will meet.