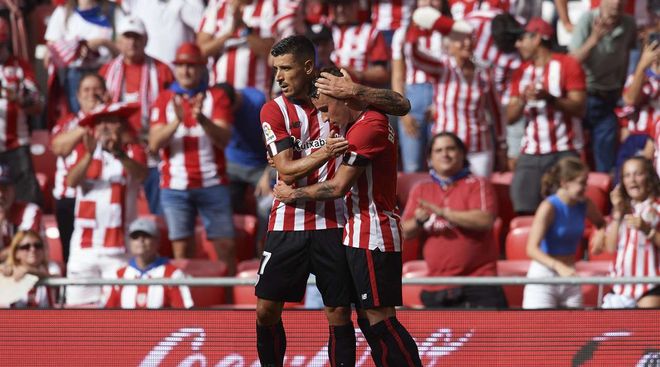 The match of the 3rd round of the championship of Spain (La Liga) between Cadiz and Athletic will take place on August 29 at Nuevo Mirandilla at 18:00 GMT.

Cadiz is currently in 19th place in the La Liga standings and has not lived up to expectations this season so far.

In the last round of the championship, the home team were defeated by Osasuna with a score of (0:2).

Last season, the club saved itself from relegation from Examples only in the last round, defeating Alaves (1:0). Only one point separated him from the relegation zone.

Athletic Bilbao, on the other hand, is currently in fourth place in the standings and has been quite impressive this year.

The team beat Valencia (1:0) in their previous game and hope to achieve the same result in this match.

In the opening round of La Liga, Athletic played a draw with Mallorca (0:0).

In six pre-season friendly matches, the team suffered only one defeat, losing at the end of July to the English Newcastle.

Cadiz and Athletic Bilbao are on equal terms in terms of head-to-head matches and have won three of the six matches played between the two teams.

Athletic Bilbao have been defeated in their last two away matches in La Liga and failed to score in both of those games.

Cadiz have won three of their last six games against Athletic Bilbao and have kept a clean sheet in each of their victories.

Athletic Bilbao can do well this match as they have started their La Liga campaign very well. Inaki Williams has yet to score a goal this season and he will look to turn things around in this matchup.

Cadiz has been in poor form this month and will face a tough fight to avoid relegation this season.