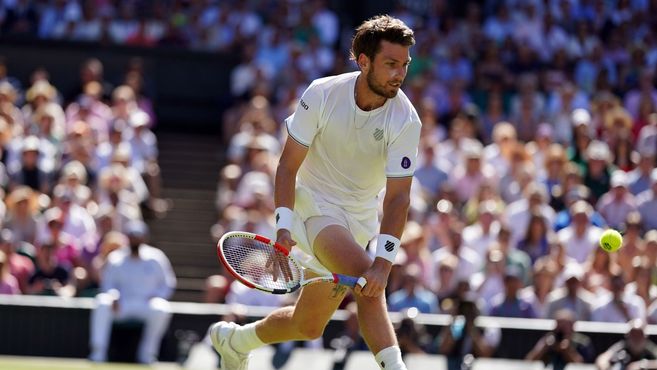 As you know, in the semi-philly meeting at Wimbledon 2022, Cameron Norrie met Novak Djokovic, and the meeting ended with the victory of the Serbian tennis player with a score of 2-6, 6-3, 6-2, 6-4.

Britain’s Norrie, who had never made it past the third round of a major before, took the first set against Djokovic, who rallied to win four games to secure a showdown with Nick Kyrgios in the final.

Reflecting on his loss to six-time Wimbledon winner Djokovic, who hasn’t lost since 2017, Norrie said:

“I think it was a good experience to play against him, especially given the level he’s showing here.

“It gives me a lot of confidence – but it doesn’t mean anything. I think I need to keep working hard. I’ve still got a lot of things I can improve in my game.

“To reach the semis is pretty sick. But I want to do more of that and go one further and try to win a slam. There were a lot of firsts for me this week, a lot of good experiences. Hopefully I can take them in my stride.

“Everyone got behind me, the atmosphere was incredible. Serving the game out against David Goffin to make my first semi-final was pretty crazy.

Norrie famously won the first set against Djokovic. Serve in the first game with a jumping fist that the crowd could hardly believe as he won five games in a row to complete the first set.

Norrie felt that the first set was due more to Djokovic’s nervousness than anything impressive from himself, saying,

“I think I played okay. I just made a lot of returns. I hit the mark well on my serve.

With the win, Novak Djokovic extended his streak of consecutive grass court wins to 27 and became the first man to reach 32 Grand Slam finals.

Djokovic said after the game:

“I didn’t start as well as in most of my matches here at Wimbledon, I didn’t feel as good in the beginning, I made a lot of mistakes and just didn’t find my rhythm.

“Nerves gave us both. He handled them better and played better for one and a half sets.

Video review of the match