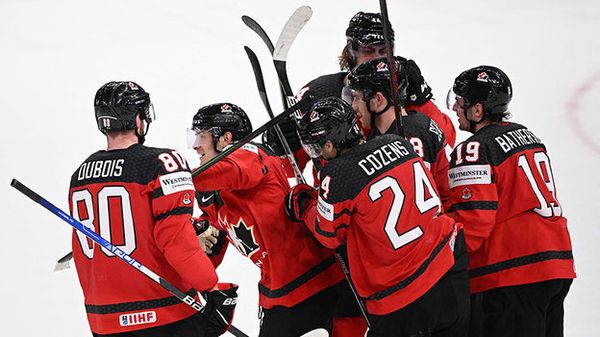 On May 26, the Tampere Deck Arena hosted the World Cup quarter-final hockey match between Canada and Sweden.

The first period was on the side of Sweden, as the team managed to score two goals to the enemy.

(1-0). Peterson won the fight for the puck in the right corner of the ice in the opponent’s zone, then Jacob made a pass to the right circle of the faceoff to Lang, Oscar raised the puck a little more to Klingberg, and Karl made a strong shot into the near corner of the net from under the opponent, Drieder did not see the moment throw and in the end could not save his team.

(2-0). Siverson from the blue line made an unsuccessful shot on goal, the puck hit Nordström and bounced to the middle zone, then Nylander turned on, who ran one on one with Dredger, William played and sent the puck under the right nine. 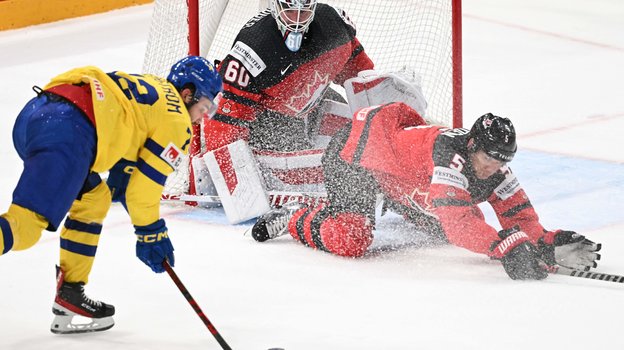 In the second period, the Swedes managed to score the third goal and make the results devastating.

(3-0). Friberg climbed into the right face-off circle and made a strong throw into the left corner of the goal, the bar saved the Canadian team, but in the second wave of attacks the Swedes took their toll. Gustafsson got the puck on the right circle from Ekman-Larsson, Erik moved forward a little and then made a pass on the net, Friberg won the positional fight on the patch and set the stick perfectly, the puck ended up going between Dredger’s pads.

The third period was a big hit as Canada scored three goals and sent the game into overtime. 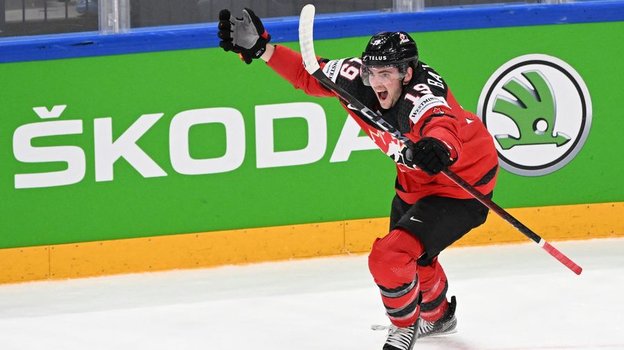 (3-1). Comtois from Roy lifted the puck from the right corner of the area in the opponent’s zone to the blue line, Graves, in turn, made a strong shot to the near corner of the goal from the starboard side, Comtois tried to play on the correction, but Max missed the puck, however, in any case, the movement Comtois, as well as Lauri, who was on the spot, embarrassed Ullmark, and then Gustafsson also closed his goalkeeper, as a result, the puck went under the right post with direct fire.

(3-2). Cozens took the puck up to the blue line from the left circle, Chabot in turn made a pass to the right circle, and then from there Dubois made a powerful shot into the left corner of the goal, Ullmark could not do anything this time. It is worth noting that the Canadians scored this puck in a six-on-four format.

(3-3). Barzal from the top of the right circle with an uncomfortable hand made a shot on goal, Dubois competently closed the view of Ullmark, as a result, Linus could not save his team, the puck went over the goal line under the shield of the goalkeeper of the Swedish national team. 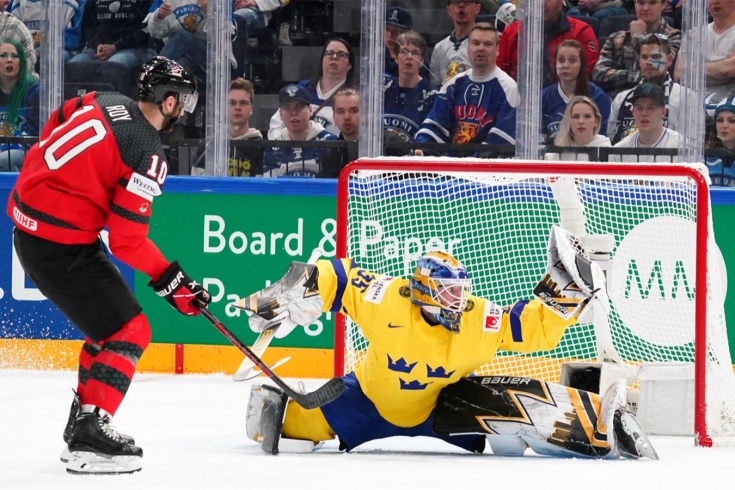 In overtime, the Canadians turned out to be stronger, scoring the winning 4th goal.

(3-4). Dubois from the baseline at the exit of the right face-off circle made a pass to the far spot, Barzal, due to false movements, pulled several opponents at once, Ullmark also rolled out a little forward from the goalkeeper’s area for a throw, and Matthew took and gave the pass to the left face-off circle for Baterson , who performed an accurate throw under the left post, Ullmark no longer had time to move and save his team.