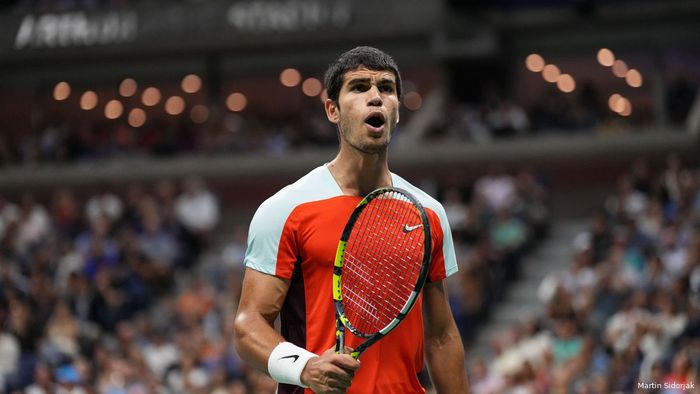 Spaniard Carlos Alcaras will play against Belgian David Goffin in the first round of the tournament in Astana (Kazakhstan). The match will take place on October 4, starting at 08:00 GMT.

As you know, Alcaraz came to Astana in the status of the first racket of the world. The 19-year-old Spaniard topped the rankings after his triumph at the US Open.

Carlos’ performance in New York was a real tennis thriller. In the second week, he spent a total of more than 15 hours on the court.

After the toughest matches with Marin Cilic, Yannick Sinner and Francis Tiafoe, Alcaraz won the final against the Norwegian Kasper Rude.

In the first match as the first racket of the world, Alcaraz lost to Felix Auger-Aliassime in the Davis Cup. This game took place just four days after the US Open final.

In the second match, the Spaniard corrected himself and managed to defeat the Korean Kwon Sung Wu – 6:4, 7:6.

Goffin meanwhile got into the main draw of the tournament in Astana.

In the final qualifying round, the experienced Belgian lost to young Italian Luca Nardi. And this result was not surprising. Since the tennis player has not played in the best way lately.

The tennis player had a good time at the Wimbledon tournament, where he managed to reach the quarterfinals, after losing to Norrie (2-3).

After this tournament, the Belgian lost 5 matches in a row at the ATP main draw level.

In the Davis Cup, he lost to Alex De Minaur, but after that he won over Oscar Otte and Benjamin Bonzi. At the tournament in Metz, Goffin immediately lost to the Frenchman Gilles Simon.

Goffin has an uphill battle against Alcaraz given his recent form. The Belgian is a solid base player, but that won’t be enough for him to win this match.

In addition, Alcaraz has a more versatile game than Goffin. While his serve can be a bit inconsistent, the Spaniard’s reach and movement are second to none.

It’s been a long time since Goffin won the main draw of the ATP Tour and it won’t be easy to face a player like Alcaraz in good shape.

Prediction for this match: Alcaraz win with a handicap in games (-5.5).