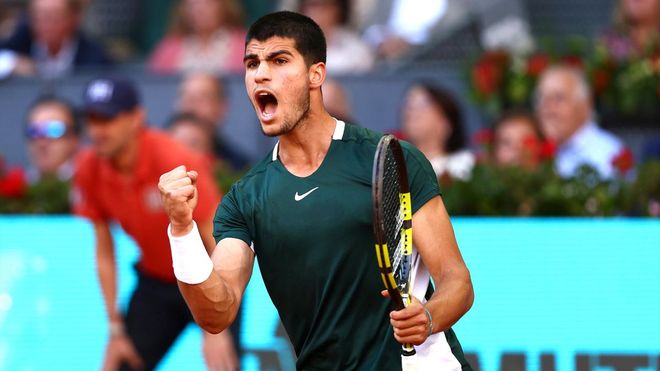 Spaniard Carlos Alcaraz will play against American McDonald Mackenzie in the second round of the Masters in Cincinnati. The match will take place on August 16, starting at 23:00 GMT.

Carlos Alcaraz had an outstanding season, winning 42 out of 50 matches and clinching four titles. Alcaraz has won two Masters 1000 titles in Miami and Madrid, as well as victories at the Rio Open and Barcelona Open.

After losing consecutive finals in Hamburg and Umag, the Spaniard entered the Canadian Open as the second seed, but lost to Tommy Paul in the second round.

McDonald, meanwhile, has won 17 of 37 matches this season, and his best result in the tournament was a quarter-final performance at the Dubai Tennis Championships.

McDonald received a wildcard at the Western & Southern Open in Cincinnati and advanced to the second round after beating Nikoloz Basilashvili 6-0, 6-1.

Alcaraz leads 1-0 head-to-head with McDonald, beating him 6-3, 6-3 in the second round of this year’s Indian Wells Masters.

Alcaraz will be the favorite to win given his outstanding form this season. The Spaniard suffered an early departure in Montreal and will be looking to have a good time in Cincinnati.

Alcaraz will look aggressive from the start of the match and will mix things up with his astute throws.

McDonald dominated the first round against Nikoloz Basilashvili, but facing Alcaraz will be a challenge.

Prediction for this match: Alcaraz to win with a handicap in games (-5.0).