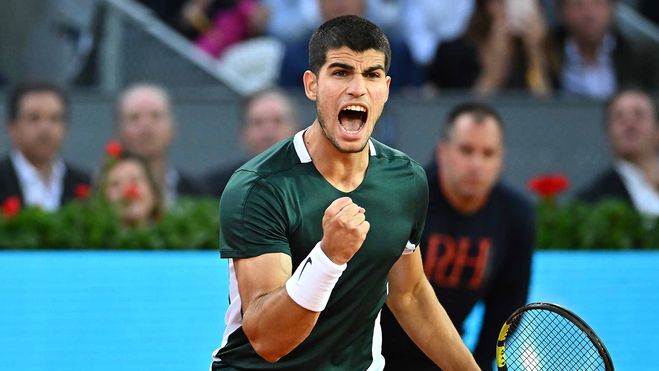 Spaniard Carlos Alcaraz will play against American Tommy Paul in the second round of the Masters in Montreal. The match will take place on August 10, starting at 15:00 GMT.

Alcaraz has been good this season and has reached new heights thanks to his incredible results. He started with a third-round loss at the Australian Open but went on to capture his first title of the year at the Rio Open.

Alcaraz lost to Rafael Nadal in the semi-finals of the Indian Wells Masters. He then won his second title of the year at the Miami Open.

The tennis player reached his second Grand Slam quarterfinal at the French Open, and advanced to the fourth round at Wimbledon. He reached the final at the Hamburg Open and the Croatian Open but lost to Lorenzo Musetti and Yannick Sinner respectively.

The American started the match by breaking the opponent’s serve and increasing the score 2:0. He held the lead until the end of the set. The 25-year-old had to save three break points before he could hit the first set.

Paul started the second set with a 2-0 lead again. Pospisil tried to return to the match, but could not break through. The American remained stable and retained the lead. He quickly closed the match, winning 6-4, 6-4.

This will be their first meeting between these tennis players, so the personal score is 0:0 so far.

Top players getting on court tomorrow for some #NBO22 second round action, including the top 3 players in the draw: @DaniilMedwed, @carlosalcaraz, and @steftsitsipas! 🔝

Check out the Centre Court Order of Play presented by @Rogers 👇 pic.twitter.com/ZMdXsruUWx

Both players are enjoying the best season of their careers. However, during the year, Alcaraz was far ahead of Paul and achieved much more.

While the American’s record for the year is 25-19, the tennis player has an impressive 42-7 win-loss record.

Paul simply can’t rely on his powerful ground shots to overpower an opponent as Alcaraz can easily match him in this regard.

Prediction for this meeting: Paul will win at least one set in 2.25.