On May 8, as part of the 35th round of the Spanish La Liga at the Wanda Metropolitano stadium in Madrid, Atlético met with Real Madrid.

After great success in the Champions League, Real Madrid went into the Madrid derby in good spirits. Mariano Diaz got injured in the warm-up and was replaced by Luka Jovic and it was all told early on

From the first minutes of the first half, Atlético took a good lead and went on the attack. Angel Correa and Yannick Carrasco both took their shots a little further than in the first 10 minutes. Real Madrid meanwhile tried to keep the ball, they stepped up the defense and Nacho Fernandez was there to block Matheus Cunha’s bottom corner attempt in the middle of the half. 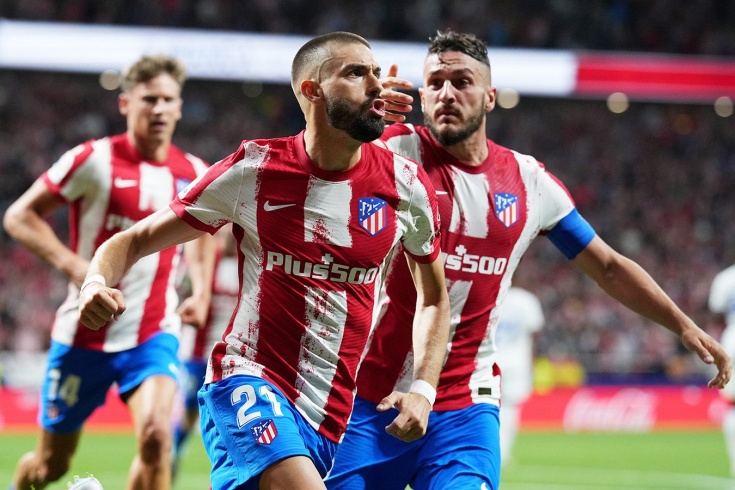 As a result, at the end of the half, the hosts were able to score a goal when Jesús Vallejo tripped Cunha as the player raced towards the goal. Marcos Llorente was booked for dissent, but a penalty was eventually awarded after a VAR check. Carrasco stepped forward and passed Andrey Lunin.

Real had a good opportunity to equalize at the end of the first half as Toni Kroos’s shot missed painfully before Jan Oblak saved Jovic.

In the second half, Real Madrid tried to score a goal to return to the game, Jovic had a good moment, but this time he was stopped by the defender of the hosts Savic. Casemiro also landed a punch but it was weak. Carrasco sent his shot over the bar with equally good momentum.

As a result, Real Madrid failed to score in this match, which means the victory of Atlético.

Atletico scored 64 points and continues to be in fourth place in the standings of the championship of Spain. “Real” with 81 points leads the standings and in the last round ahead of schedule became the champion of the country.