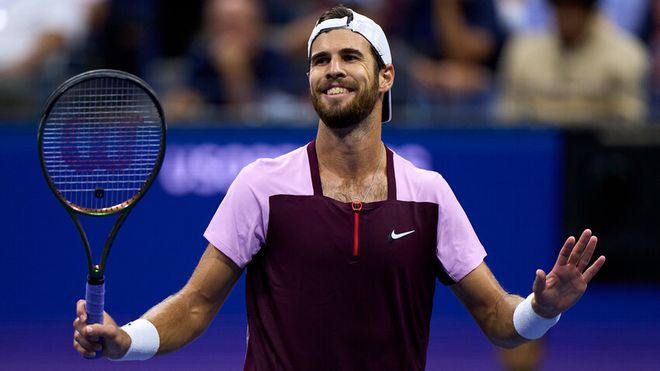 Russian Karen Khachanov will play against Norwegian Kasper Rud in the semi-finals of the US Open. The match will take place on September 9 in New York, starting at 19:00 GMT.

A spot in their first #USOpen final is on the line. pic.twitter.com/mYCsR9QIoB

Ruud’s path to the quarterfinals was marked by victories over Kyle Edmund, Tim van Rijthoven, Tommy Paul and Corentin Moutet.

Ruud got off to a fast start in the last leg against the Italian with a quick 5-0 lead. Berrettini finally took over, but the Norwegian served a set in the next game to score the first goal.

Ruud continued to dominate in the second set, taking a 5-1 lead. Berrettini then saved a couple of set points on his serve and broke his opponent’s serve in the next game. He served again, making the score 5-4.

Berrettini took a 3-0 lead in the third set and even filed for 5-3, but Ruud managed to bring the set to a tie-break.

Now he has reached his first semi-final at the US Open and is one step closer to taking the top spot in the world rankings.

Both players were equal in the first set and remained consistent on serve until the very end. Kyrgios had a game point at 6-5 and the set became a tie-break, but Khachanov managed to break the serve and win the set. One serve break at the beginning of the second set was enough for the Australian to take it, equalizing the score.

Kyrgios held a couple of break points at 4-4 in the third set but failed to convert them. This came at a cost, as soon after Khachanov interrupted the serve and took the set. The fourth set was decided by a tie-break, which went to Kiryos.

Khachanov started the decisive game, breaking the serve of Kyrgios. The Russian did not allow the opponent to make a comeback, retaining the lead until winning the match 7-5, 4-6, 7-5, 6-7(3), 6-4.

Kasper Ruud leads 1-0 in head-to-head matches with Khasanov. The consistency and higher level of Kasper Ruud in recent seasons, as well as the confidence gained since reaching the final of the French Open a few months ago, certainly give him an advantage and make him the favorite in the pair’s first meeting on hard.

Ruud had one of his best performances in the tournament and edged out Berrettini in the quarter-finals. Khachanov did the same against Kyrgios and with a spot in the championship round on the line, both will be looking to do their best in the semi-finals.

Ruud will need to find a way to neutralize Khachanov’s powerful serve. At the moment, the Russian has made 89 aces in the tournament, and scored 30 of them in the previous match. .

Ruuda can tire Khachanov and even push him to make mistakes. He hits forehand with considerable speed and spin while maintaining a fine balance between attacking and defensive tennis.

While Ruud has already competed in the Major finals, Khachanov is gearing up for his first.

Prediction for this meeting: Casper Ruud win with a set handicap (-1.5).