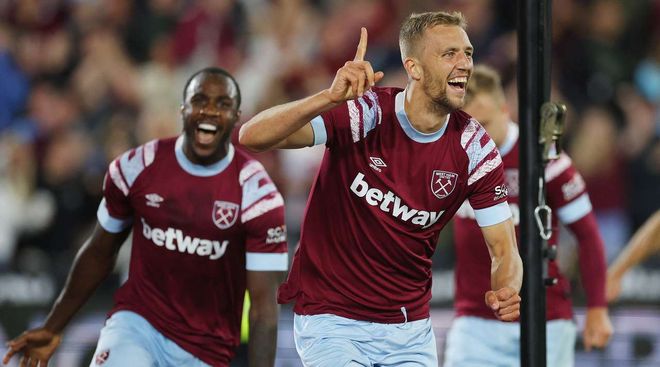 September 3 in London at the stadium “Stamford Bridge” in the 6th round of the English Football Championship Chelsea will play against West Ham. The fight is scheduled to start at 14:00 GMT.

West Ham United are currently 14th in the Premier League standings and have been fickle this season.

This week, the Hammers drew Tottenham Hotspur 1-1 and will try to improve the result
in this match.

However, the start in the new English Championship turned out to be very disastrous for the team, because they lost in the first three rounds without scoring a single goal in them.

Chelsea on the other hand are currently in 10th place in the standings and have not lived up to expectations this season.

The team were beaten 2-1 by Southampton in the previous game and will need to bounce back this weekend.

After five rounds, they scored only seven points, winning twice, drawing once and losing twice, each time losing in away matches.

Chelsea have a good record against West Ham United and have won 53 out of the 118 matches played between the two teams, as opposed to West Ham United’s 43 victories.

West Ham United have won three of their last six matches in the Premier League – as many as they had managed in their 26 matches preceding this run.

West Ham United have scored only twice so far in the Premier League this season – their lowest tally at this stage of the season in 27 years.

Chelsea have struggled in the Premier League this season and are in desperate need of support. Raheem Sterling has come a long way this season and will look to make his mark in this game.

West Ham United have also been in poor form this season and will have to play to their limits this game. Both teams are currently equal.

Prediction for this match: Both To Score – Yes

Chelsea not to lose + Total Under 3.5