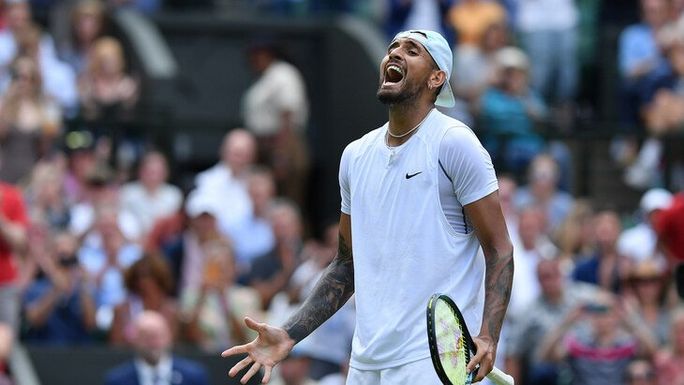 Australian Nick Kyrgios will play against Chilean Christian Garin in the quarterfinals of Wimbledon. The match will take place on July 6, starting at 13:30 GMT.

Garin is a real sensation in this tournament. The tennis player shows an incredible game and the performance of the Chilean can still be called the main sensation of Wimbledon.

Christian reached the quarter-finals for the first time in his career at the Grand Slam tournament.

After defeating Alex De Minaur in the fourth round, Garin stated that from now on his favorite surface is grass.

In the match against the Australian, Garin bounced back from 0-2 in sets and two match points in the fifth set. At the same time, in the decisive tie-break, he lost 3:5, but after that he won seven points out of eight.

Kyrgios, meanwhile, reached the quarter-finals at the Grand Slam for the first time since 2015 and the second time at Wimbledon.

In the last round, the tennis player had a difficult game against Brandon Nakashima. The game lasted all 5 sets.

Throughout the match, Kyrgios had a sore shoulder, which is why this time he was focused only on the game, in contrast to the meeting with Stefanos Tsitsipas.

At the same time, the opponent hardly expected that Kyrgios, despite the discomfort in his shoulder, would be able to carry out the decisive set so strongly.

Despite all the successes of Garin, it is still hard to believe that he will stop Kiryos. So the tennis player from Australia will show very strong results.

The main thing is that the Australian should not hurt his shoulder.

Our prediction for this meeting is Kiryos’ victory in three sets in 2.38.