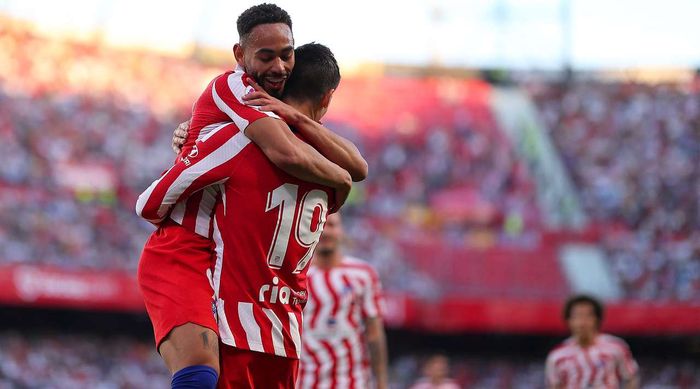 Club Brugge will play at home with Atlético Madrid in the third round of the Champions League group stage. The match will take place on October 4, starting at 19:00 GMT.

This team, as you know, does not perform well in its championship. Based on the results of 10 rounds, Brugge is in 3rd place in the table.

At the same time, the last round of the club turned out to be successful. Brugge defeated Mechelen at home with a score (3-0).

After two rounds in the Champions League, the club has achieved great success, as it managed to win two matches without missing a single one, and score 5 goals.

The first victory was over Bayer Leverkusen with a score (1-0) at home, and in the second away they defeated the Portuguese Porto with a score (4-0). Atlético meanwhile scored only 3 points in two matches. At the same time, in the last round, the Spaniards sensationally lost to Bayer (0-2).

In the last round of their Spanish championship, Atlético won. On the road, Sevilla was beaten with a score (2-0).

In the championship of Spain this season, they are so easy, after 7 rounds played, 5th place with 13 points in the asset, and 6 points behind the leader Barcelona.

This season the club will show unstable results, because before the international break, the team suffered two defeats in a row.

Ferran Jutglà opened the scoring before half-time in two of Club Brugge’s last three matches. The former Barcelona footballer will show good results, and in this match he can stun the guests.

All four of Atlético Madrid’s Álvaro Morata’s club goals this season have come away from home. The footballer also performed well for the Spanish national team, scoring the decisive goal in the last match.

In the UEFA Champions League, Atlético Madrid are unbeaten in both matches against Club Brugge and won the previous match 3-1 on aggregate.

However, Atlético Madrid have yet to score a goal in a UEFA Champions League match at the hosts’ stadium, with their previous visit to the stadium ending goalless.

Atlético Madrid have not been at their best in La Liga this season and have a lot of work to do on the European front.

In order for the Spanish team to continue fighting in the Champions League, a victory in this match is needed, otherwise it will be very difficult.

Club Brugge are quite capable of putting up a fight on their day and have grown into seasoned European activists. Both teams are now on an equal footing.

Prediction for this match: Atlético win.