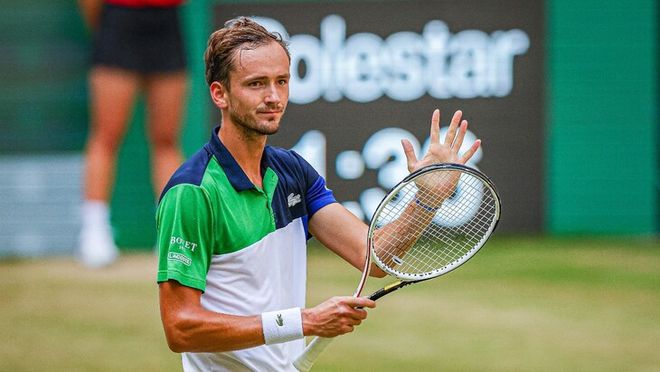 The first racket of the world Russian tennis player Daniil Medvedev reached the semifinals of the Masters series tournament, which takes place in Cincinnati (USA).

In the quarterfinal match, Medvedev defeated US representative Taylor Fritz (13th in the ranking) with a score of 7:6 (7:1), 6:3. The meeting lasted 1 hour and 40 minutes.

The Russian tennis player filed right through 18 times, made four double faults and converted one break point out of two. His opponent threw three aces, made three double faults and never took the opponent’s serve.

Medvedev equalized the score in a personal confrontation with Fritz in official matches – 1-1.

For reaching the final of the Masters in Cincinnati, Medvedev will fight the winner of the match Stefanos Tsitsipas (Greece) – John Isner (USA).

The prize fund of the men’s tournament in Cincinnati amounted to $6,280,880. Its reigning champion is the German Alexander Zverev, who misses the competition due to injury.