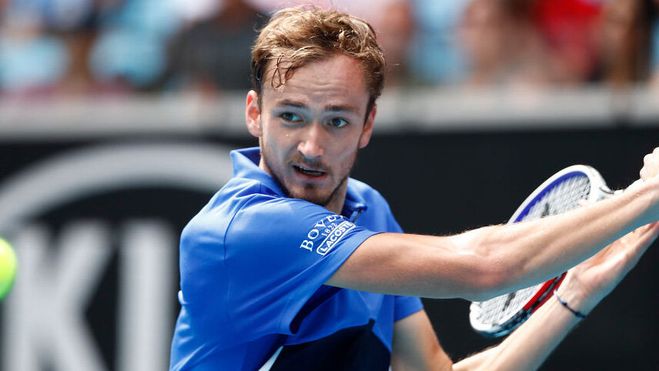 Daniil Medvedev will take on Botich van de Zandschulp in the second round of the Western & Southern Open in Cincinnati on Tuesday.

This season, the Russian has won 31 matches out of 42, including winning the Los Cabos Open, where he beat Cameron Norrie 7:5, 6:0 in the final.

Medvedev reached the final of the Australian Open earlier in the year but lost to Rafael Nadal.

After his Los Cabos triumph, the 26-year-old had a disappointing Canadian Open title defense when he lost 6-7(1), 6-4, 6-2 to Nick Kyrgios in the second round.

Meanwhile Botik van de Zandschulp has won 28 of 48 matches this season. His best result came at the BMW Championship in Munich where he reached the final before retiring against Holger Rune with an injury.

The Dutchman also reached the semi-finals of the Royal Club Championship, where he lost to Matteo Berrettini.

After losing in the second round of the Canadian Open, van de Zandschulp kicked off his Western & Southern Open campaign with an impressive 6-2, 4-6, 6-4 victory over Maxime Cressy.

Medvedev leads 2-0 in a face-to-face meeting with van de Zandschulp. The first meeting between them took place in the quarterfinals of the US Open last year.

Medvedev is the clear favorite to win this match, but van de Zandschulp is a dangerous opponent who has beaten the likes of Kasper Ruud and Felix Auger-Aliassime this season.

The Dutchman has a big serve and it is imperative that he uses it accurately and efficiently. Van de Zandschulp likes to score fast, but against the Russian he can get in trouble, which can lead to a lot of mistakes.

Prediction for this meeting: Medvedev’s victory in straight sets.