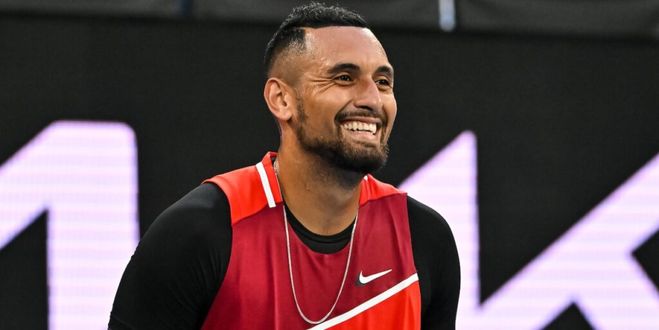 Russian Daniil Medvedev will play against Australian Nick Kyrgios in the second round of the Masters in Montreal. The match will take place on August 10, starting at 17:00 GMT.

World number one Daniil Medvedev will play Nick Kyrgios in the second round of the Canadian Open.

This season, the Russian has won 31 of 41 matches, and his first title came at the Los Cabos Open, where he did not lose a set.

Kyrgios had an impressive season, winning 28 of 35 matches as the Australian reached the quarter-finals of the Indian Wells Masters.

Kyrgios reached the semi-finals on grass before reaching his first Grand Slam final at Wimbledon where he lost to Novak Djokovic in four sets. The Australian then entered the Citi Open and won it, beating Yoshihito Nishioka 6-4, 6-3 in the final.

The 27-year-old kicked off his Canadian Open campaign with a win over Sebastian Baez.

Kyrgios is currently leading 2-1 in a face-to-face meeting with Medvedev. The first meeting between the two came in the first round of the 2019 Italian Open when the Australian won 6-3, 3-6, 6-3.

Kyrgios then beat Medvedev 7-6(5), 7-6(4) in the Citi Open final the same year. However, the Russian got the better of him when they met in the second round of the 2022 Australian Open.

The winner will play either Grigor Dimitrov or Alex de Minor in the round of 16 at the Canadian Open.

Nick Kyrgios beats Sebastian Baez 6-4, 6-4 to reach the 2nd round in Montreal.

Next? The #1 Daniil Medvedev.

Medvedev’s return game will be a test as he has to face one of the best tennis players. But the unconventional style of the Russian and his ability to mix things cause problems for most rivals.

Kyrgios will now continue to serve big and be aggressive in the second legs. However, against an opponent of the Medvedev class, it will be difficult for Kyrgios to break the serve.

Prediction for this meeting: Medvedev to win in three sets.