Australia will play in the 1/8 finals for the first time in 16 years, and Denmark failed this World Cup 2022.

As you know, the French team secured a place in the playoffs after two rounds, winning in two matches.

Before the final round in group D at the 2022 World Cup, it remained to be decided which team would go to the playoffs after France. Australia, Denmark and Tunisia claimed the last ticket.

Before the start of the tournament, the teams of France and Denmark were rightly considered to be among the favorites of the group.

It seemed that in such a company Tunisia and Australia would not succeed, but before the final round, an interesting situation arose.

The French team lost in the last match, but the team completed the task before this match.

But Denmark, following the results of two rounds, scored only one point and approached the game with Australia, being located below the opponent in the table.

The Danish national team played well against Australia, actively creating chances, but failed to succeed, which led to a goal conceded.

On 60 minutes, Matthew Lecky scored the decisive goal, which allowed the team to take second place in the group, gaining 6 points. 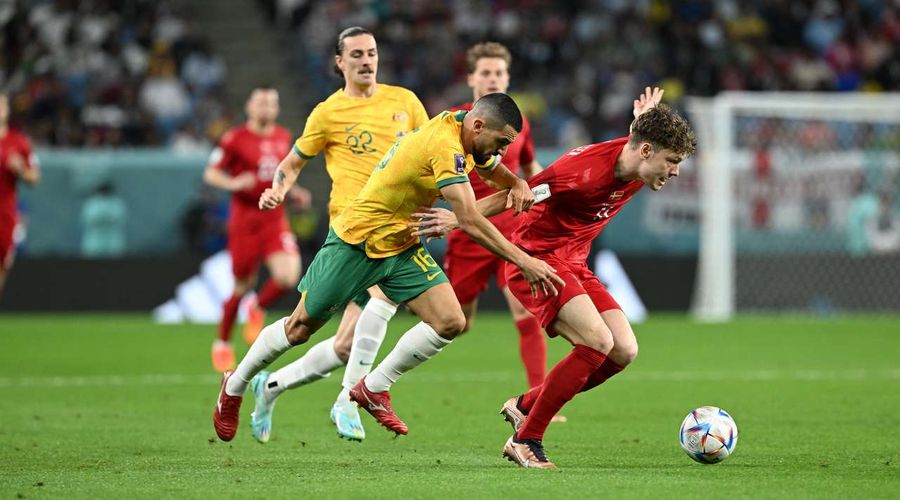 The Danish national team failed to show their best side, as it was at Euro 2020 and at the 2018 World Cup.

The national team managed to score only 1 point in 3 rounds in the match against Tunris, which ended with a score (0-0).

The national teams of Denmark and Tunisia are leaving this tournament, while France and Australia will continue to play in the playoffs.