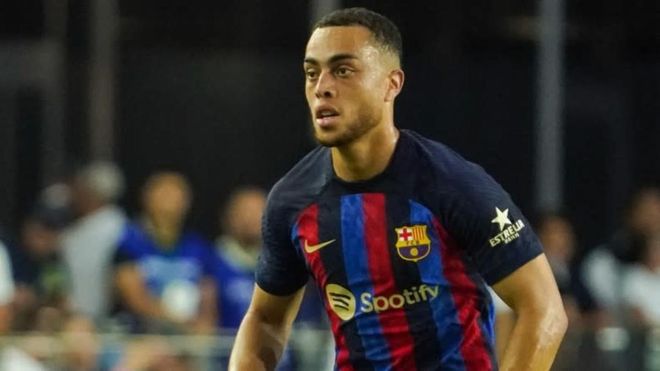 USA men’s footballer Sergino Dest has joined AC Milan on loan from Barcelona, according to the Italian club.

Dest has officially left Barcelona, at least temporarily, after reportedly falling out of Xavi’s plans.

The deal is an initial seasonal loan that Milan reportedly has a €20m option to buy next summer.

Milan on its official website announced the transfer of a 21-year-old football player. The defender will continue his career at the Italian club on loan.

Dest will now join Milan as they exit the Serie A title, while the club will play Chelsea, RB Salzburg and Dinamo Zagreb in the Champions League group stage.

The move puts Dest on the path to a regular first-team spot at one of the world’s best clubs ahead of the World Cup.

WHAT’S NEXT FOR DEST?

It is not yet known when Dest will be able to make his debut, but Milan are already gearing up for the match against Inter this weekend.

The club will then travel to Austria to face RB Salzburg in the first leg of the 2022-23 Champions League.

Aubameyang assaulted in armed robbery at his home in Barcelona