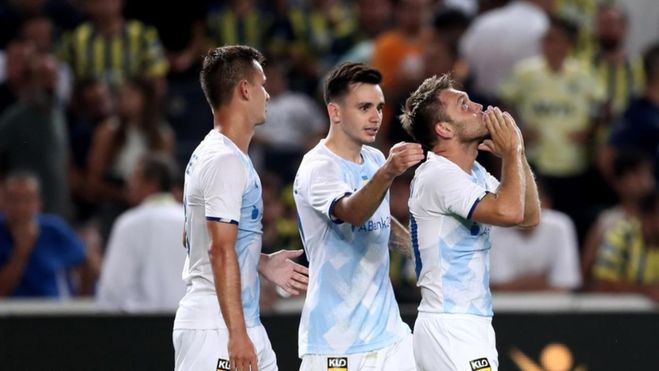 On Wednesday, Dynamo Kyiv will play Sturm Graz in the first leg of the third round of the UEFA Champions League qualification. The game to be held in the stadium Stadion Miejski al. Unii Lubelskiej 2. Kick-off is scheduled for 18:00 GMT.

The club from Ukraine started their qualifying draw in the second round and drew with Turkish Fenerbahce.

They played a goalless draw in the first leg and then won 2-1 in extra time over a 10-man opponent in the second leg, with Alexander Karavaev coming off the bench to score the winning goal.

Dynamo Kyiv has taken part in the group stages of the continental exhibition game for several seasons in a row and will aim to extend this series this year. Sturm Graz finished second in the Austrian Bundesliga last season. This week they will start their journey to Champions League football and will try to start on a positive note.

The last time the team appeared at this stage of the qualification was back in the 2011/12 season, where they met with the Georgian team “Zestaponi” and won 2:1 on aggregate.

However, they were knocked out in the next round and this time they are looking to take it one step further.

Benjamin Verbic was injured in the last game and could miss the game in the middle of the week. Ibrahim Kargbo Jr., Vladislav Kulach and Vladimir Kostevich are injured and will not play here.

The team also has several injured ahead of the trip to Poland this week, including Jakob Janczer, Otar Kiteishvili and Niklas Geirhofer.

Dynamo Kyiv have won only one of their last five games in all competitions, with three of those games ending in defeat.

On the other hand, Sturm Graz are winning in a row and unbeaten in their last 11 matches.

Prediction for this match: both clubs will score. You can also bet on over 2.5 goals.