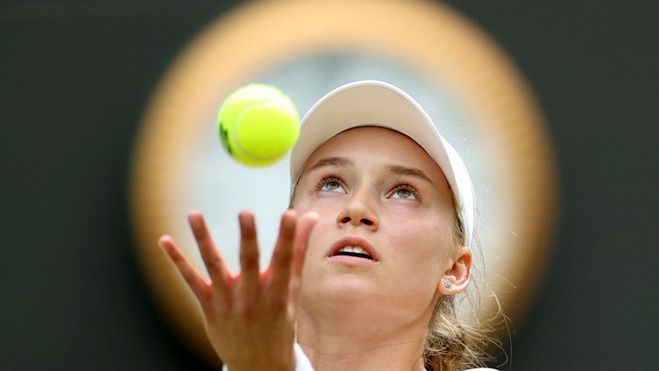 Representative of Kazakhstan Elena Rybakina will play against Ons Jaber from Tunisia in the Wimbledon 2022 final. The match will take place on July 9, starting at 13:00 GMT.

Rybakina made her first Grand Slam final. She also became the youngest Wimbledon finalist since 2015.

In the semifinals, the tennis player scored a chic victory over Simona Halep (2-0).

Elena Rybakina served very well and at the same time played as aggressively as possible. And besides that, she acted great at the reception – Halep took only six games.

In six previous matches, Rybakina lost only one set. In the quarterfinals, she defeated Australian Ayla Tomlyanovic.

For Ons Jaber, this final will also be a Grand Slam level for the first time.

Unlike Rybakina, it was expected from Ons that it was at this Wimbledon that she would finally reach at least the final.

In the semi-finals, the tennis player from Tunisia had a match against Tatiana Maria. The opponent was able to take the second set, and the struggle continued until the end of the match.

In the quarterfinals, the tennis player met with Mari Bouzkova Ons lost the first game, but eventually made a comeback – 3:6, 6:1, 6:1.

Taking into account the tournament in Berlin, where she took the title, Jaber’s winning streak is already 11 matches.

In the final match it will be very interesting, as two equal opponents will meet. But preference is given to Ons Jaber, it may be difficult for Rybakina to play.

Since the opponent changes the rhythm during the game, and this is beneficial.

Our prediction for the final meeting of total sets is over 2.5 for 2.64. It is very hard to bet on victory.