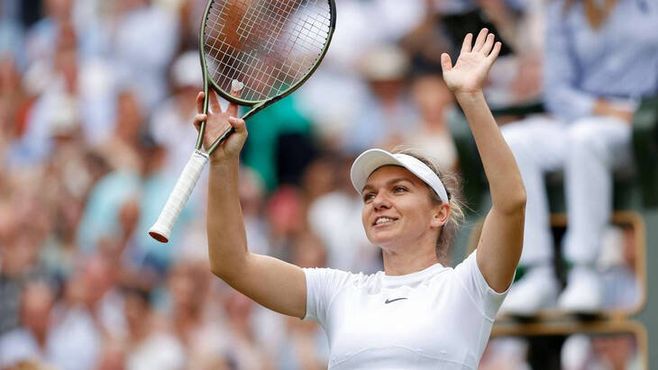 Romanian Simona Halep will play against the representative of Kazakhstan Elena Rybakina in the semi-final of Wimbledon. The match will take place on July 7, starting at 14:00 GMT.

Rybakina will play in the semi-finals of the Grand Slam tournament for the first time in her career.

As you know, Rybakina’s strongest rival was Tomlyanovich, who occupies 44th place in the world classification.

In previous rounds, the 23-year-old tennis player beat Coco Vandeweghe, Bianca Andreescu, Zheng Qingwen and Petra Martic. In all cases, two sets were enough for her.

For Halep, who meanwhile became the Wimbledon champion in 2019, this will be the ninth Grand Slam semi-final.

In the quarterfinals, Simona defeated Amanda Anisimova. The Romanian tennis player easily took the first set, led 5:1 in the second, but in the end it came to a score of 5:4 and 0:40, but her opponent could not take advantage of this chance.

At the current tournament, Halep has not lost a single set yet. In the fourth round, she won Paula Badosa, and before that she won against Karolina Muchova, Kirsten Flipkens and Magdalena Frech.

Last year, Simone barely beat Elena in the third round of the US Open. Rybakina will fight to the last to reach the final, but it will be very difficult for her.