Empoli vs Roma prediction, preview, head to head and odds 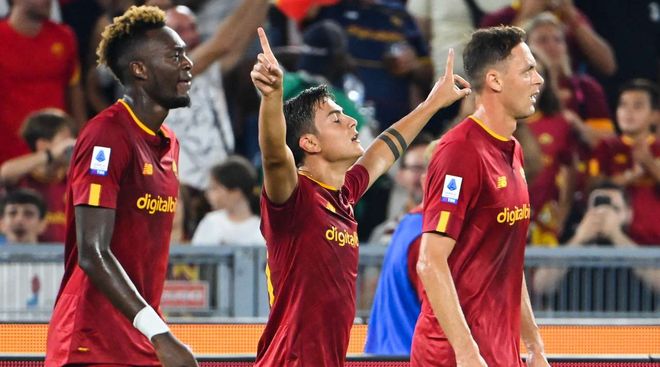 In the 6th round of the Italian championship, Roma will play away with Empoli. The match will take place on September 12 at 18:45 GMT.

A (2:2) draw at Salernitana on Monday marked Empoli’s fourth straight league stagnation and means they are still looking for their first win of this Serie A campaign after losing their first season.

They last failed to win their first five league matches in 2014/15, but with the team finishing 15th that season, there is no reason to panic yet.

However, the fact that they have only won two matches since the beginning of the year may indicate that their problems run deep.

The club is ranked 5th. After 5 rounds, the team has 4 points and is still without a win – 4 draws and a defeat.

Paulo Dybala and Andrea Belotti, who started together in a competitive match for the first time since 2014, failed to help Roma score on Thursday night when they lost (2:1) to Ludogorets in the UEFA Europa League.

Clearly unimpressed, Roma manager José Mourinho tended to defend his charges, saying “the result was unreliable” after he suffered consecutive defeats for the first time since early January.

The club are now heading to Empoli for a third away game in a row, and their last league trip to Udinese (0-4) was the first match Mourinho lost by 4+ goals.

Despite the latest setback in the league, Roma are still in the European Cup zone. She takes 6th place with 10 points.

Sam Lammers has scored and assisted in Empoli’s last two games, with each of his three shots coming after the hour mark.

Eldor Shomurodov scored Roma’s only goal in the last two matches, and the last four goals for the club were scored after the 70th minute.

The two teams have played each other in the competition 32 times. As expected, Roma outperformed their rivals, leading 22-4 in wins.

Empoli’s last victory over Roma in Serie A was in 2007. The last five games between the two teams ended in victory for Roma, while six games ended in a draw.

Similarly, @ASRomaEN have beaten Empoli the last 5⃣ times they've met, and are unbeaten against them in the last 1⃣2⃣ 👀#EmpoliRoma pic.twitter.com/gW9tITyfBz

Roma have dominated Empoli in recent encounters and are on a five-game winning streak, keeping three clean sheets.

However, they struggled in their last games and conceded as many goals as Empoli this season.

The guests performed slightly better in attack, beating Empoli with a score of 6:4. Roma are struggling with injuries, but given their dominance over the hosts, they are favorites for this game.

Prediction for this match: Roma win.