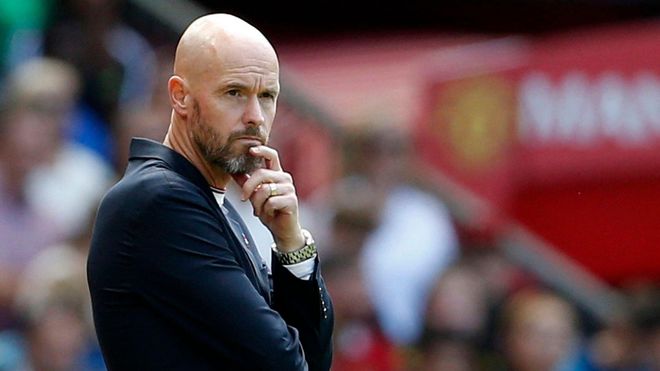 Manchester United are working off a terrible start to the season.

Manchester United head coach Erik ten Hag spoke about the reasons for the unsuccessful start of the season, his club in the English Premier League.

The English club are at the bottom of the table after two games and the head coach, unsurprisingly, is trying to figure out exactly what went wrong.

The home defeat to Brighton was disappointing, the embarrassing 4-0 defeat to Brentford did leave United fans worried about the future, but Ten Hag seems to have pinpointed the areas where they have been wrong so far.

He said that Anthony Martial’s injury, Cristiano Ronaldo’s lack of pre-season and David de Gea’s overall poor form is to blame for the poor performances.

“We had a good basic pre-season, but then our No.9 Martial was injured and Ronny not fit. The ‘six’ in holding midfield is not there. First game, we had two in defence who had never played with each other and the goalkeeper was also not the best in this period.”

“There is a clear reason why. But I know we will fix that and I know that we will be better and the results will show this. It has been shown in pre-season.”

The manager’s comments show that he really wanted to start the season with Martial ahead and it could very well be that the player will start against Liverpool.

While Lisandro Martinez has faced a lot of criticism for his performances against Brentford and Brighton, Ten Hag has insisted that he has been good so far and that he is not one of the club’s biggest problems.

United fans can rest assured that Ten Hag has said he will fix the problems at the club, especially as the transfer window seems to be coming to an end.

As you know, on August 22 at 19:00 GMT, Manchester United will play the most difficult game against Liverpool in the third round of the 2022-23 Premier League.